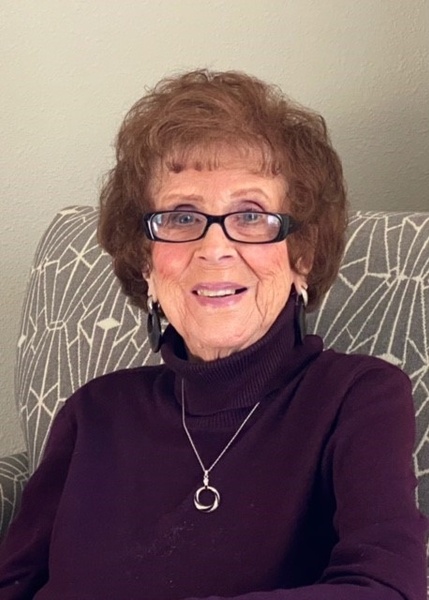 Yvonne Evelyn (DeDecker) Vandenberg died on Sunday, May 16, 2021 at Theda Clark Medical Center.
Yvonne was born on October 30th, 1925 in Appleton to Victor and Genevieve (Zapp) DeDecker. She attended St. Joseph Grade School and graduated from Appleton High School in 1943. In her youth, she enjoyed twelve years of dance lessons and performances which continued into her later years. She worked as a secretary at Montgomery Ward department store in early adulthood.

Yvonne married Robert J. Vandenberg in 1948 at St. Joseph’s church in Appleton. They were married for 52 wonderful years.

Much of Yvonne’s life was spent in service to her church and community. She was a long-standing member of St. Thomas More church and was active on various committees. She held several offices in the Court of the Catholic Daughters of America.

Among other activities, she served as President of the Welcome Wagon in Medina, Ohio where the family lived from 1967 to 1971.

Yvonne volunteered as a receptionist at the Thompson Community Center for ten years and was an active member (Maxene) of the Andrews Sisters Act in the annual variety show. She loved line dancing, bridge club, doing crossword puzzles, and following professional and college sports. She especially enjoyed spending time with her children, grandchildren, and great grandchildren.

“Vonnie’s” family is very grateful to the staff at Century Oaks for their kindness and attention to her needs for the past four years. The family is also thankful to ICU Neuro at Theda Clark Medical Center.

There will be a memorial service for Yvonne on Saturday, June 26, 2021 at 10:30am at Wichmann Funeral Homes, Oneida Street Location in Appleton. There will be gathering in celebration of her life at the funeral home on Saturday from 9:30am to 10:30am with treats from Yvonne’s favorite, Manderfield’s Bakery and coffee. For more information and to express condolences, please visit www.wichmannfuneralhomes.com.

To order memorial trees or send flowers to the family in memory of Yvonne E. "Vonnie" Vandenberg, please visit our flower store.