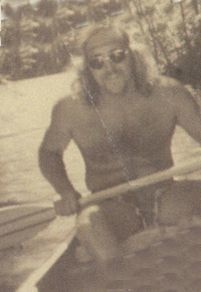 William F. Williams, age 68 of Greenville, passed away peacefully on May 1, 2016 with his wife by his side. Bill was born on August 18, 1947 to Harold and Betty (Rogge) Williams. Bill graduated from Neenah High School in 1966. On June 1, 1984, Bill married Diann Falk. Together they enjoyed volunteering for Fox Valley Hematology and Oncology and also for Hortonville Food Pantry. They also had a faithful companion, Moses the cat. In Bill's free time, he enjoyed fishing, hunting and golfing. He was a co-owner of Hucklberry Acres Campground in New London and also a co-owner at Willy's Inn in Neenah.

Bill was preceded in death by his father, Harold Williams, and his brother, Doug Williams.

A memorial service in honor of Bill will be held on Wednesday, May 4, 2016 at 7:00 PM at WICHMANN FUNERAL HOME & CREMATORY, 537 N. Superior St. in Appleton. There will be a time of visitation from 4:00 PM until the time of service. Online condolences can be offered at www.wichmannfargo.com.

To order memorial trees or send flowers to the family in memory of William Williams, please visit our flower store.