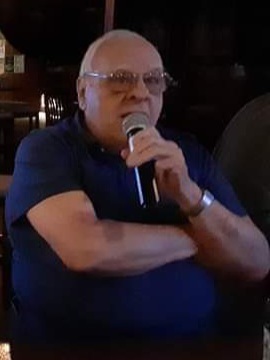 William B. “Mr. Bill” “Sonny” Gauerke, age 84, of Appleton, passed away on May 30, 2022. Bill was born on October 19, 1937 in Athens Wisconsin to the late Lester and Virginia (Metz) Gauerke, the first of 17 children. He was a graduate of Athens High School and then attended the University of Wisconsin Madison. He served his country as a member of the US Air Force and in the US Navy. During his time in the military, he was able to travel the world. There were few places he hadn’t seen. On January 21, 1959 he married Grace Feldmann in Appleton and they enjoyed nearly 64 years together. He was employed as a Biomedical Engineer with St. Elizabeth Hospital in Appleton.

He enjoyed gardening and singing karaoke.

He will be sadly missed by his wife Grace, children: Ron Gauerke, of Milwaukee, David (Karen) Gauerke of Appleton, Barbara (Norb) Gossens of New London, and Steve (Sharon) Gauerke of Menasha, grandchildren Derek, Allison, Bradley and Donna, Stephanie and Jason, Aaron, Dennis, and ShaiLeigh and Isaac, and Drisana, daughter-in-law Sue Gauerke, and many great-grandchildren. He is further survived by siblings, Betsy, Suzie, Bernard, James, Bob, Kenny, Debbie, Dale, Tom, Donna, Judy and Mike, as well as many nieces, nephews and other relatives and friends.

At Bill’s request, there will be a private celebration of life. For more information and to express condolences, please visit www.wichmannfuneralhomes.com.

The family would like to express a thanks to Tammy, Michelle and Nicole with St. Croix Hospice.

Also, a special thank you to our friend and a true part of our family Jennifer Wiegand.

To order memorial trees or send flowers to the family in memory of William "Mr. Bill" Gauerke, please visit our flower store.