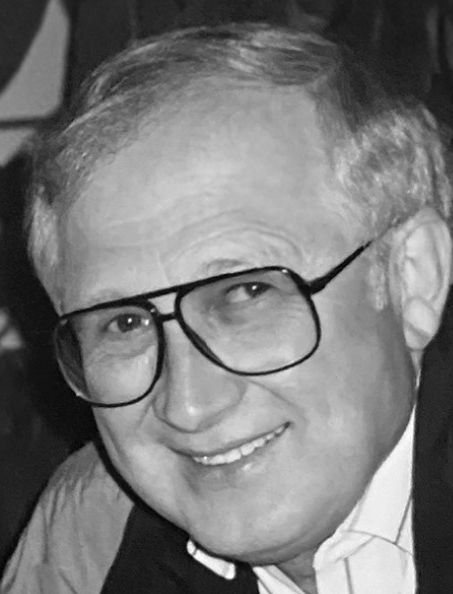 William “Bill” Schmitz, age 83, passed away at home on October 14, 2021, surrounded by his family following a long hard battle with Parkinsons. Bill was born on September 30, 1938, in Kaukauna to George and Martha Schmitz. He graduated from Kaukauna High School and married Helen Phalin at St. Therese Catholic Church. They spent 61 devoted years together raising three children: Laurie, Tim, and Craig.

Bill was a kind and gentle man who loved spending time with his family, listening to all kinds of music, enjoying the occasional cream puff, and watching the Cincinnati Reds and Green Bay Packers. He also cherished being a grandfather to his six beautiful granddaughters.

Bill and Helen enjoyed traveling together and were fortunate to experience many beautiful places. Ultimately, Bill’s favorite place to visit was Gatlinburg, Tennessee.

Bill worked for many years at Giddings and Lewis as a Payroll Clerk before starting a business with his son, Craig.

Funeral services for Bill will be held on Friday November 5th at Wichmann Funeral Homes Tri-County Chapel, 1592 Oneida Street, Menasha at 6:00 PM. Memorial visitation will be held at the funeral home from 4:00 PM until the time of services.

Special thanks to Cheyanne (aka Shangri La) for her kindness and help over the past year.

To order memorial trees or send flowers to the family in memory of William G. "Bill" Schmitz, please visit our flower store.