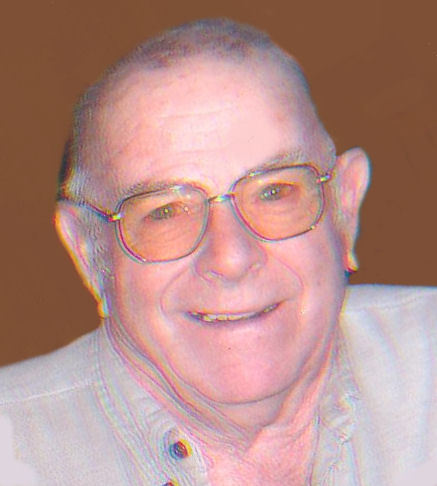 William Beckwith, age 84, of Appleton, passed into the presence of his Savior on Tuesday, November 25, 2014, with his family by his side. Bill was born on December 4, 1929, in Duluth, Minnesota, to the late Robert and Mae (Crawley) Beckwith. He was a Korean War veteran, and served on the U.S.S. Zellars. After his Navy tour, Bill was a long time truck driver. He always said, “I backed up more than most people drove forward.” On May 28, 1966, Bill married Marjorie (Seefeldt) Hansen at Trinity Lutheran Church in Neenah.

Bill was a devoted husband and father, the best grandpa in the world, and a caring brother, uncle and friend. He is survived by his loving wife Marjorie; step-children: Edward (Pat) Hansen of Georgetown, Delaware; Bonita Godin of Appleton, and Joyce Verkuilen of Neenah; ten grandchildren, 21 great grandchildren, and a great great grandson; sisters: Patricia Fast of Wittenberg and Kittie (Gary) Milanowski of Hatley; sister-in-law Jeanne (Art) Doering. He is further survived by numerous nieces and nephews. Bill was preceded in death by his sons-in-law: Robert Godin and David “Sam” Verkuilen; brothers and sister: James, Cliff (Molly), Mildred (Joe) Carlson, Kenneth, Howard, Jerry, and Arthur; and brother-in-law Orland “Speedy” Fast.

The funeral service for Bill will be held at 11:00 am on Saturday, November 29, 2014, at WICHMANN FUNERAL HOME TRI-COUNTY CHAPEL. Chaplain Jordan Kuczwara will be officiating. A time of visitation will take place on Saturday from 9:30 am until the time of service. Online condolences can be offered at www.wichmannfargo.com.

The family would like to offer their sincere thanks to the staff at Grand Horizons #2 and to Theda Care at Home for the loving care they gave to Bill. We will never forget your kindness.

To order memorial trees or send flowers to the family in memory of William G. "Bill" Beckwith, please visit our flower store.