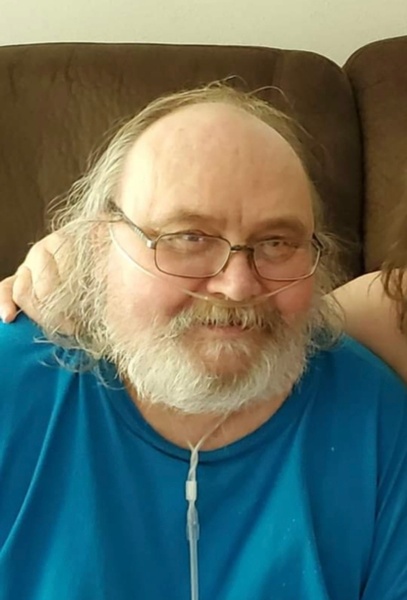 William “BJ” “Bill” Meyer, Jr. 66, Appleton, died on Wednesday, October 6, 2021. He was born on October 24, 1954, in Fond du Lac to the late William and Patricia (Bratz) Meyer, Sr. BJ attended Appleton West High School. William was united in marriage to Janet Vandenberg on June 30, 1979, in Combined Locks at St. Paul Catholic Church. He worked at J & R Tires with his dad and brother for many years before retiring from Flexo-Solutions in 2013. Bill had a charismatic personality and his smile could light up a room. He enjoyed watching the Packers and shopping with his brother Rick. BJ was fond of setting up his Christmas village that his Aunt Jane began gifting him and expanded over the years. Bill would reminisce in his DJ days jammin’ to music with his brother, especially The Beatles. He had fun camping with this his family, starting off in a tent and eventually moving to a camper. Bill was a lucky man not only with his loving family by his side but his ability to win radio call-in contests. BJ won a limo ride to see Paul McCartney in concert, it has been said he had a rabbit’s foot in his pocket.
Bill will be dearly missed by his loving wife Janet, daughters Nicole (Richard Williams) Meyer, Misty (Derrick McGlorn) Meyer, step-daughter Christie Zuleger, grandchildren Mackenzi and Chad Grunwald, step-granddaughter Hannah, brothers Bob Meyer, Ron (Diane) Meyer and Rick (Kelly) Meyer, as well as many nieces, nephews, other relatives and friends.
BJ was preceded in death by his daughter Brooke, sister-in-law Betty Meyer and nephew Shawn.
A memorial service for Bill will be held at 4:00 PM on Thursday, October 21, 2021, at the WICHMANN FUNERAL HOME, 537 N. Superior St., Appleton. Friends and family may visit at the funeral home from 2:00 PM until the hour of service.

To order memorial trees or send flowers to the family in memory of William Donald "Bill" Meyer, please visit our flower store.