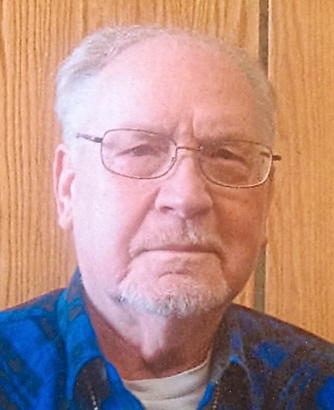 Bill Van Grinsven, age 84, of Darboy, Wisconsin, passed away at his home on Wednesday, September 21, 2011. Bill was born on January 8, 1927, Superior, Wisconsin, to the late Hubert and Lydia (Davidson) Van Grinsven. Bill had fond memories of his parent's farm. He proudly served his country in the United States Army in WWII, based in Japan. Bill married Dorothy Thelosen on May 1, 1948, in Kimberly, Wisconsin. Dorothy has supported him through many hardships. Survivors include his wife of 63 years, Dorothy; his five beautiful daughters, Marianne (Joe) Thiel; Cindy Van Grinsven; Cheryl Wuyts; Beth (Bruce) Krueger; and Laurie Van Grinsven; his grandchildren, Russ (Marcia) Thiel, Greg (Kim) Thiel, Bill Thiel, Heather (Joe) Totman, Nick (Tina) Wuyts, Justin Krueger, Jason Krueger and Lauren Krueger; his 7 great grandchildren; and a great great grandson. Bill is further survived by his sister, Martha Ritter. Bill was preceded in death by his brothers, Ted and John; his sisters, Hattie, Mayme, Fran and Bertha; his grandson, Brandon Krueger, an exceptionally healthy looking boy of only four months when our Lord called him home; and a great granddaughter, Brandi Thiel. He was very proud of his whole family. Bill was a member of American Legion Post #265 in Darboy; a life-member of VFW Post 10544 in Combined Locks, Wisconsin. He was also a member of the Quarter Century Club at Kimberly-Clark Corporation. Bill enjoyed sheepshead with his friends, bowling, golfing and horseshoes in several senior leagues. The Funeral Liturgy will be at 11:00 a.m. on Monday, September 26, 2011, at HOLY SPIRIT PARISH-DARBOY, W2796 Highway KK, Darboy, Wisconsin, with Fr. David Beaudry officiating. Friends may call directly at the church on Monday from 9:30 a.m. until the time of services. Military Honors will be observed at Holy Angels Cemetery, Darboy. The family would like to extend a sincere thank you to the staff of ThedaCare Hospice and Dr. Jonathan Hagen and staff, for their loving care. A memorial has been established in his name.

To order memorial trees or send flowers to the family in memory of William "Bill" Van Grinsven, please visit our flower store.