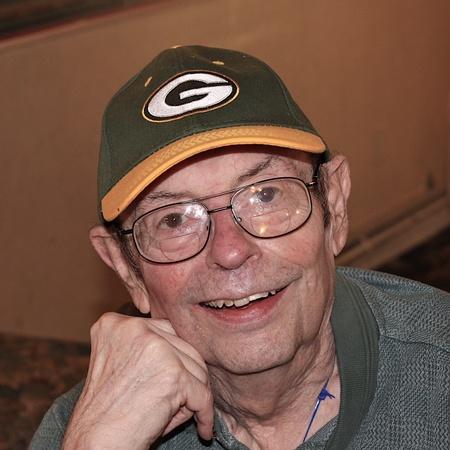 Wayne Howard Treutelaar, age 72, passed away with his family by his side on Wednesday, November 27, 2013 at Carolina Manor, after a lengthy battle with cancer. Wayne was born on August 12, 1941 to the late George and Florence Treutelaar. He married his high school sweetheart, Barbara Knapke, on August 17, 1963, and they enjoyed 50 wonderful years together.

Wayne loved traveling with his wife and his two children to Yellowstone, Glacier, Banff and Jasper. He also enjoyed hunting, watching sports, especially the Packers, and watching auto racing. For many years, Wayne attended the Indy 500 with his children. He also enjoyed fishing in Canada every June with his family.

Wayne was very active in Boy Scouts, both as a child and a leader, which is where he developed his love for camping and cooking. He worked in estate planning at State Bank of DePere for 25 years. During his retirement, he traveled through the United States in a fifth wheel with Barb.

A memorial service for Wayne will take place at 7:00 PM on Thursday, December 5, 2013 at the WICHMANN FUNERAL HOME. Visitation will be held from 5:00 PM until the time of service. In lieu of flowers, memorials may be directed to the Fox Valley Humane Association. Online condolences may be offered at www.wichmannfargo.com.

Wayne's family would like to extend a special thank you to Dr. Guenther and his staff at the Martha Siekman Cancer Center, Carolina Manor, and Heartland Hospice for the care and compassion given to Wayne.

To order memorial trees or send flowers to the family in memory of Wayne H. Treutelaar, please visit our flower store.