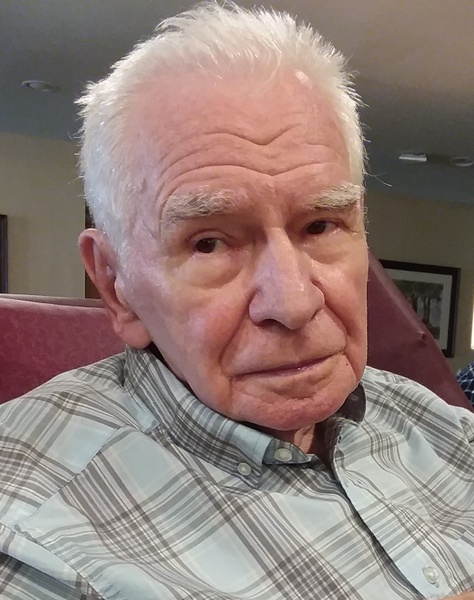 Wayne D. Knoll, 87, passed away on Tuesday, September 28, 2021, at Dimensions Living in Appleton following a fight with Dementia. Wayne was born on November 2, 1933, in Dorchester, Wisconsin to the late Henry and Leona (Theilig) Knoll.

Wayne graduated from Laona High School in 1952. He proudly served in the United States Army with the 2nd Armored Division “Hell on Wheels” from 1953-1956 during the Korean War. Wayne was very proud to fly his American flag every day.

He married Karen Allen in 1957 in Laona. Wayne and Karen moved to Menasha where they raised their family. Wayne worked at Druck’s Electric in Menasha until the company closed. Later working for 20 years at Miller Electric until his retirement in 1994.

Karen preceded him in death on September 24, 1992. In 1995 he married Rosie Bootz. Wayne and Rosie enjoyed many years of traveling in their camper all over the United States including Alaska, Newfoundland and Nova Scotia. Wayne was an avid hunter and fisherman; he went on many fishing fly-ins to Canada and hunting trips to Wyoming.

Family would like to thank the staff at Dimension’s Living Memory Care and Aseracare Hospice for their care of Wayne.

Special thank you to neighbors Donna and Floyd for their help through the years.

A visitation for Wayne will be held from 11:00 AM until 1:00 PM on Saturday, October 9, 2021, at the LAEMMRICH FUNERAL HOME, 312 Milwaukee St., Menasha. Masks will be strongly encouraged and highly recommended. Burial will take place in Oak Hill Cemetery, Neenah on Saturday, October 9, 2021, with full military honors conducted by the local Veterans Honor Guard and active-duty members of the United States Army.

To order memorial trees or send flowers to the family in memory of Wayne D. Knoll, please visit our flower store.