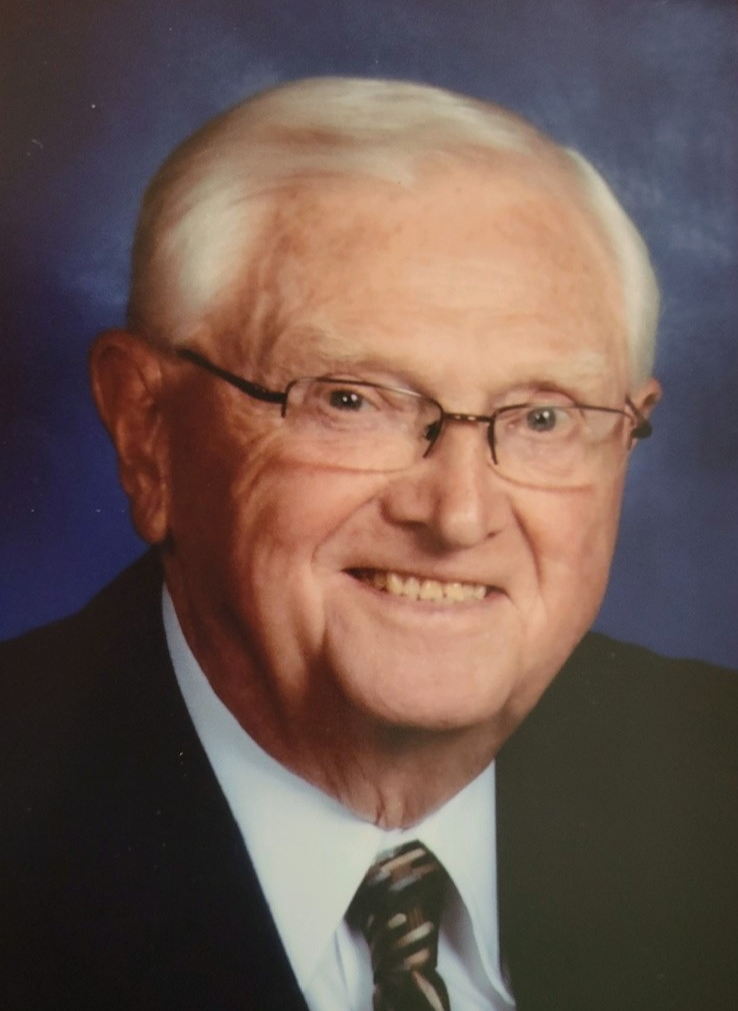 Walt was born to Walter and Clara Kleman August 29, 1929 in Neenah, WI. He was the oldest of 3 brothers and one sister. He attended Neenah High School, graduating in 1947. Following graduation, he worked at Kimberly Clark, Lakeview Mills until leaving for the U S Navy. He served four years prior to being transferred to California at Alameda Naval Air Station. While there, he met his future wife Ann Ruggles. Walt and Ann were married in Swanton, OH in September 12, 1954.

The family moved from Colorado to Buchanan, Michigan, finally settling in Appleton, Wisconsin in 1965. He began his counselor duties at James Madison Junior High, and later was part of the team that opened the new Appleton East High School.

Walt enjoyed gardening, supporting his family in all things Girl Scouts, skillfully painting Ukrainian eggs and creating beautiful barn quilts for family and friends. He was an active volunteer at his church and for 29 at years at Appleton Medical Center (ThedaCare).

Left to celebrate his life are his daughters Kathy Mason of Marshalltown, IA; Norma (Paul) DeGroot of Appleton, WI; Marti (Brad) Ryan of Holley, NY and Joan (Russ) Kuenzi of St. Louis Park, MN. He will be remembered always as Grampa Walt to his grandchildren: Jeff (Beth) Fuchsen of Urbandale, IA; Chris (Mary) Fuchsen of Liscomb, IA; Lindsay DeGroot of Milwaukee, WI, Michael (Alyssa) DeGroot of Burlington, WI, Tommy (Jessica) Hensel of Wausau, WI and Dana Kuenzi of St Louis Park, MN. He left a wonderful legacy of love and encouragement to his great-grandchildren, Chelsea Fuchsen, Foster, Collin, Sean, Luka and Mia Fuchsen, and Elisabeth, Thomas and Mia Hensel. He also leaves behind love for many nieces and nephews.

Finally, while there were so many people that enriched Walt's life, a special note of love goes to Carol Carlson, Sue Bogenschutz, Ann T Bishop and Colleen Myers – you are and forever will be family.

A special note of thanks goes to the angels at ThedaCare for their compassion during his short stay and to everyone at Heritage where he enjoyed “cussing and discussing” with his friends while they were, in his words, “inmates in the Covid jail”.

A service to celebrate Walt’s life will be held at Memorial Presbyterian Church in Appleton on Saturday, September 10, 2022, at 11:00 AM.  One hour of visitation will precede the service.  In the meantime, in lieu of memorials or flowers, please follow Walt’s lead and discover and act on all the opportunities around you to be of service to others.

Walt has now joined those who went before him, and were there to welcome him home.

To order memorial trees or send flowers to the family in memory of Walter A. Kleman, please visit our flower store.