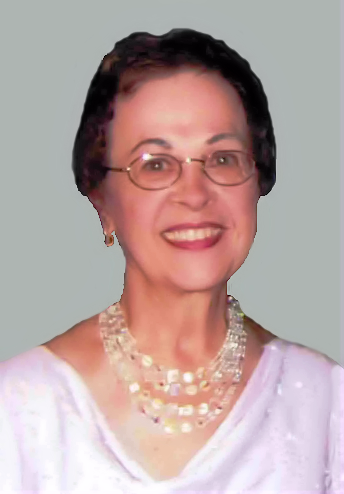 Vivian Elaine (Benyo) Schultz passed away quietly in her sleep on June 25, 2021, in Manitowoc,Wisconsin at the age of 86. She was born in Baraboo, WI, February 15, 1935, the daughter of the late Henry and Edna (Boettcher) Zeman. Vivian was the fifth of 16 children and went on to raise ten children of her own. She was a life-long resident of Appleton until recent years where she was in an assisted living center in Sheboygan, WI, and Manitowoc, WI. Her life was dedicated to raising her family and serving with her church.

Vivian, like her name, was always full of life. She was born into the Zeman family with the challenge of a premature birth. In spite of the odds being against her, Vivian became a healthy and vibrant child. She loved being with family and friends, working on the farm, and skating in the winter. Vivian survived a near-fatal car crash as a young teenager and spent considerable time recuperating from the accident. Overcoming challenges and then going on to embrace life was her pattern in the early years.

Vivian was married to the late George Edward Benyo from 1954-1979 and remained friends with him until his death in June 1993. They had ten children between 1955 and 1969. As hectic as it might seem, it was her joy and passion to have children and raise them to be honorable people. She was often seen cooking, holding a baby on her side, and being pregnant with the next baby. She loved teaching her kids how to play games or helping them with homework. She would often pack a lunch and take everyone to a local park for an outing. Vivian made a special homemade birthday cake in each child’s favorite flavor. She had many talents that included incredible sewing skills, baking things from scratch, and helping others. Later in life, she loved spending time with her many grandchildren.

After the last of her children reached school age, Vivian took a part-time job at a local department store, becoming one of the favorite clerks in the men’s department. Later she accepted a job as a top skilled seamer at Albany International, where she worked until her full retirement.

In 1981, Vivian married the person she called the love of her life, Donald Schultz. They enjoyed camping and boating, watching movies, traveling, and playing with their grandchildren. Vivian and Don were active members of the Church of Jesus Christ of Latter-Day Saints and cherished serving their 2-year mission together at the Chicago, Illinois Temple. When Don passed away in 2004, Vivian was devastated, but she picked herself up and continued caring for her family and volunteering with the church.

In 2006 she married John Bittner, Chilton, WI. She was extremely happy to be with someone again. John passed away in a farm accident in 2011. A few years later, Vivian moved into an assisted living center to be close to friends and social activities. She loved when her children and grandchildren came to visit and continued her devotion to her church.

Vivian will be remembered by her large extended family, as well as her many friends and church fellows, for her compassion, her bright light, and her desire to embrace life in spite of challenges. In her death, Vivian fulfills her desire to be with departed family and friends in eternal life but mostly to be together with Don again. Their love for each other is timeless.

In addition to her parents, Vivian was preceded in death by her husbands, Donald Schultz, John Bittner, and George Benyo Sr. her son George (Judge) Benyo Jr., her brothers Vernon and Jeffrey Zeman, and her sister Helen Weihert.

Friends and family can join the family Friday, July 9th, from 4 p.m. until 6 p.m. at WICHMANN FUNERAL HOME, located at 537 N. Superior Street in Appleton. A memorial service will take place on Saturday, July 10th, at 10 a.m. at The Church of Jesus Christ of Latter-day Saints, 425 W. Park Ridge Ave., followed by a graveside prayer and dedication of the grave at Highland Memorial.

Please leave a special message or condolences below.

To order memorial trees or send flowers to the family in memory of Vivian Schultz, please visit our flower store.