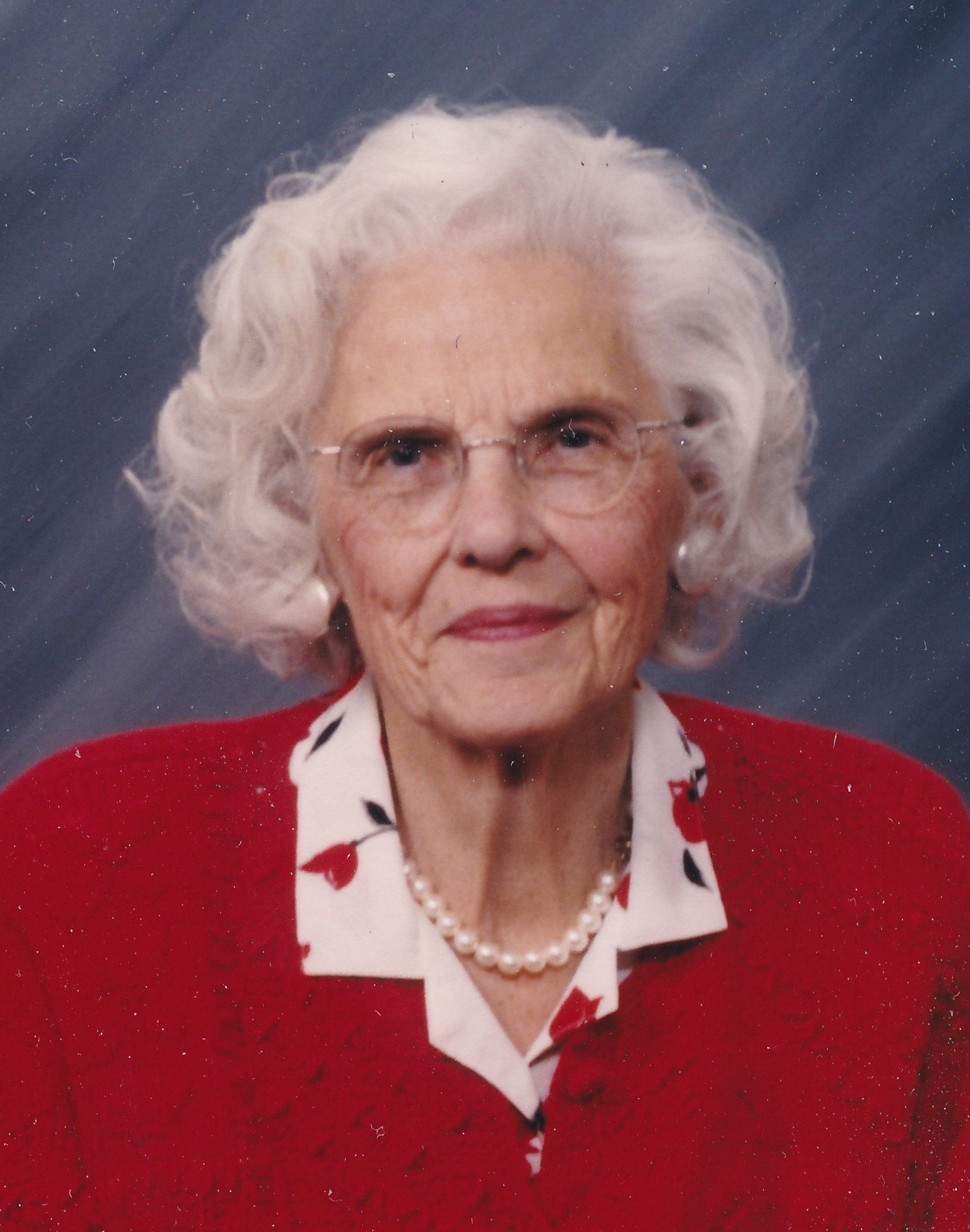 Virginia also known as Ginny, age 94 and 7 months died peacefully after a long battle of dementia at St Paul's Elder Services on August 1, 2015.
She was born on December 19, 1920 in Appleton, WI to Peter and Margaret (Becker) DeYoung.

She graduated from Appleton High School, 1938 and also the former Appleton Technical College, 1940. She had been employed at Wisconsin Bell Telephone.

Ginny was introduced to her future husband at the Cinderella Ballroom, and she married Herman “Mickey” Van Grinsven on October 13, 1943 at Holy Name Catholic Church, while home on leave from the US Army. Mick preceded her in death in 1990 after 43 years of marriage. Caring for and loving her family and grandchildren were her utmost joy.

Ginny enjoyed being outdoors, parks, trails and also searching for her cardinal each season. She instilled a love of reading, music, cards, Scrabble and dancing with her entire family.

She is survived by in-laws, Willard, Joseph, Joyce and Rita Van Grinsven plus numerous nieces, nephews, godchildren and friends.

Special mention must also be given to the community at St Paul's where she made her home for 8 ½ years. The staff showered Virginia with love and affection usually reserved for a beloved family member. We are so appreciative.

The funeral service for Ginny will be held at 11:00 a.m. on Saturday, August 8, 2015 at ST. PAUL ELDER SERVICES CHAPEL, 316 E. 14th Street, Kaukauna. A time of visitation will be held in the chapel from 10:00 a.m. until the time of the service. In lieu of flowers, memorials are appreciated to St. Paul Elder Services or Alzheimer's Association of Greater Wisconsin. Online condolences may be offered at www.wichmannfargo.com.

To order memorial trees or send flowers to the family in memory of Virginia M. Van Grinsven, please visit our flower store.