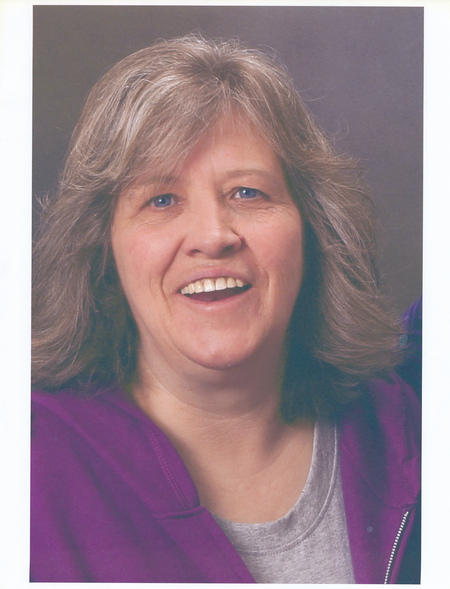 Vicki L. Olson “Ma Vic,” 51, Kaukauna, passed away at home on September 20, 2013 after a courageous battle with pancreatic cancer. Vicki was born on July 17, 1962 at St. Elizabeth Hospital. She attended Appleton West High School. On July 18, 1980 she was united in marriage to David Olson. They have enjoyed over 33 years of marriage together. Most recently she worked as a bartender for E.T.'s Dog Pound in Kaukauna. She loved her job, made many good friends, and was an honorary member of E.T.'s Drift riders NPO LLC. Family and friends were most important to her. Her husband Dave and their children were her best friends. Vicki's true love was her grandchildren. She loved spending time with them. She also enjoyed playing darts and gambling. Vicki had the prettiest blue eyes, a contagious laugh, and an enormous smile that could light up a room.

Funeral service will be held at Wichmann Funeral home, Superior Street location on Tuesday September 24, 2013 at 7pm with Pastor Sam Degner. Visitation from 3-7. There will be a celebration of Vicki's life at E.T's Dog pound on Saturday, September 28, starting at 2 pm.

Vicki's family would like to offer a sincere thank you to: St. Paul hospice, especially Melissa, Dr. Goggins and staff.

To order memorial trees or send flowers to the family in memory of Vicki Olson, please visit our flower store.