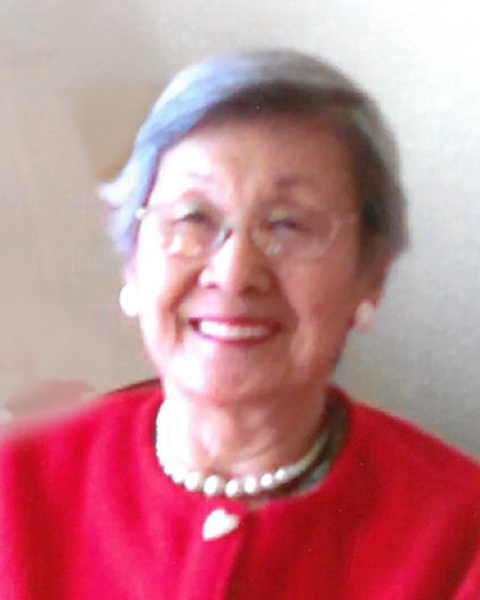 Tomiko Zeuske, age 97, of Appleton, Wisconsin, passed away peacefully on September 9, 2022, at Brewster Village.  Tomiko Taniwa was born March 10, 1925, in Wakayama-ken, Japan, a daughter of the late Rinzo and Kame Taniwa.  Her family lived in Port Alberni on Vancouver Island, British Columbia, Canada from July 1925 to 1939, at which time they returned to Japan before the war began.  She attended kindergarten and elementary school in Port Alberni; graduating from an all-girl high school in Gobo, Japan.

Tomiko (Tommie) was employed as a secretary and translator at the office of the American Red Cross in Osaka, (Occupied Japan), working for the U.S. Army 27th Infantry, 25th Division, Camp Sakai in 1948, when she met a handsome U.S. Army Corporal.  On August 9, 1951, at the American Consulate on Kobe, Japan, she was united in marriage to Carlton Zeuske, of Shawano, Wisconsin.  In 1952, the couple returned to Shawano for their wedding reception which was held at the American Legion Hall.  She was baptized and confirmed in September 1952 at St. James Lutheran Church in Shawano.  She became an American Citizen in 1955 at the University of Kansas-Lawrence.

Carlton (Butch) re-enlisted in the Army in 1961 and they lived in Regenburg, Germany, for three years.  They also lived for a short time in various Army bases in the United States, Ft. Leonard Wood, Ft. Benning, and Ft. Ord.  After Carlton retired from the Army as Sergeant First Class in February 1964, the couple lived in Shawano on Cleveland Street for five years.  In 1969, they moved to Montesano, Washington. In 1983, they moved to Olympia, Washington, where they lived for 30 years.  Tomiko was the most generous, kind, and gracious person.  She loved sewing, knitting, all kinds of craftwork, poetry, flowers, classical music and Broadway show tunes, Elvis and Vince Gill, little kids and dogs, baseball (Seattle Mariners) and, of course, the Green Bay Packers.  After the death of her husband, she moved to Appleton in November 2013, to be near her nieces Bonnie, Vickie and Sharon who cared for her and helped her adjust to life in Wisconsin again.  She so enjoyed receiving cards, letters, pictures and visits from her relatives and lifelong friends from around the country and Canada.

Tommie is survived by a sister: Michiyo (Mrs. Grant Martin) of Barrie, Ontario, Canada; nieces and nephews; Tammy Martin Kidd, Bruce Martin and Wayne Martin, and their families, all of Canada, as well as her niece and nephew: Debbie Taniwa of Vancouver BC, and Michael (Akemi) Taniwa, of Japan and their families, all of Vancouver BC.  She is further survived by her sister-in-law: Doris Zeuske of Shawano; and numerous families from Wisconsin, Washington, Minnesota, Utah, California, Georgia and Texas.

Tommie was preceded in death by her husband of 62 years: Carlton Zeuske; her parents; brother: Jack Taniwa; brother-in-law: Grant Martin; as well as her Shawano relatives; mother-in-law: Alice Krubsack Zeuske; father-in-law: Charles Zeuske; and many other extended family members.

Over the years, Tommie and Butch stayed in touch with their many friends and relatives all over the U.S. and Canada, their neighbors in Olympia and elsewhere in Washington state; and some very special families they met while in military service in the U.S., Japan, and Germany.

Inurnment will take place at Tahoma National Cemetery in Kent, Washington, next to her husband and soldier Butch.

A celebration of life will be held for Tommie at a later date.  Memorial gifts may be sent to the Old Glory Honor Flight in Tommie’s name (4650 W. Spencer St. Appleton WI, 54914 or visit www.oldgloryhonorflight.org)

Tommie’s family would like to extend a very special thank you to the staff at Living Tree Estates in Greenville, Brewster Village, and ThedaCare at Home Hospice in Appleton.