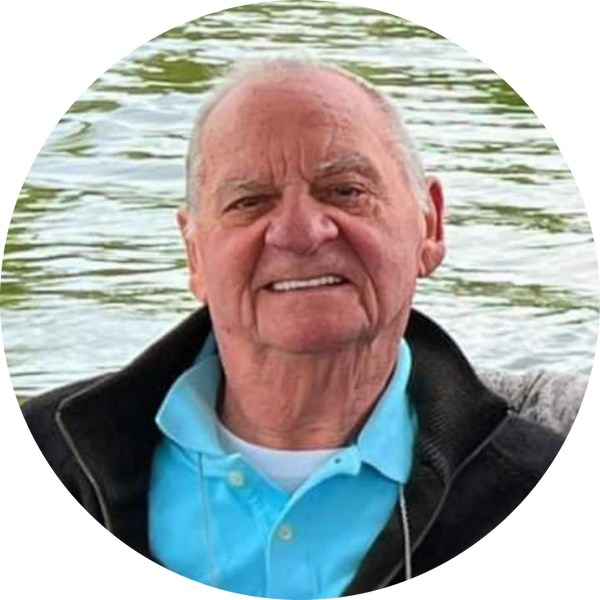 Timothy W. O’Connor  (4/16/36-7/26/22), wild and crazy husband of over 60yrs to Phyllis M O’Connor (nee Banky), father to Larry O’Connor, Kathy O’Conner, and Anne “Bubsy” Robinson (Ron).  Grandfather of Jessica Cho Johnston (Rob), Great Grandfather of Teddy and Archer Johnston.  Brother to Catherine O’Connor, John (Josephine) O’Connor, James (Nancy) O’Connor, Mary Ellen (Bob) Lewandowski, and Patricia (Tom) Moore.  Brother-in-law to Charmaine (Mike) Banky. Uncle to many beloved nieces and nephews. Tim grew up in the Grand and Ashland area in Chicago and made lifelong friends there.   In high school, he was offered a college scholarship by the archdiocese, but decided he’d rather work…a decision he laughed and rolled his eyes about later.  He worked as a truck driver in numerous jobs in the 50’s and then became a Chicago policeman in 1961.  His squad partner, Ptlm Ron Neuman, showed him the ropes at CPD and they established a long-lasting friendship.  He was a founding member of the G&A social club on Ashland and Ontario until it closed.  He had many fun times there with his friends from the neighborhood.  His beer drinking capacity there, and at many other locations, was truly legendary.  In the early 70s he bought property in Door County in the hopes of retiring there. He and his brother Jimmy started J&T delivery service in the early 80s for a short time.  He retired from the CPD in 1986 and moved to Sturgeon Bay WI.  In the 90’s he and Phyllis joyfully incorporated Matt (Allie) DeGuelle into their family.  He soon got bored with retirement and became a realtor.  He was an avid golfer all his life and then decided to manicure the greens and manage the 19th Hole bar and grill at the Idlewild golf course.  He was on the town board for Nasawaupee township in Door County.  He and his wife enjoyed throwing many memorable parties at their home on Larson Rd.  In 2015 he and Phyllis moved to Appleton, WI, next door to their daughter and son-in-law.  He was a stand-up guy, always kept his promise, and was never a fink.  He loved reading, sitting outside in summer, enjoying the birds, and drinking a cold Heineken.  He will be deeply missed, but he is finally reunited with his family and good friends.

To order memorial trees or send flowers to the family in memory of Timothy O'Connor, please visit our flower store.