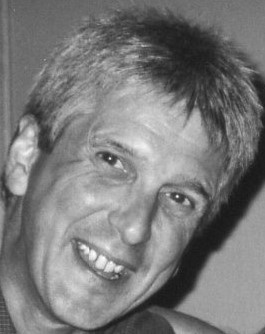 Timothy Mark Ade, age 63 of rural Stockbridge, passed away suddenly on August 11, 2021 after a brief illness.  Tim was born in Racine on July 29, 1958, son of the late James and Dorothy (Granger) Ade.  He was currently the owner and operator of Ade Automotive in Wrightstown.

Tim grew up in the Town of Somers surrounded by a large family of nine siblings.  He had a love of music, and picked up guitar as a teenager.  Mostly self-taught he became a lead guitarist in local hard rock bands. It was a fun time in his life, and members of those bands became some of his best, lifelong friends. He also pursued his passion of flight, and got his private pilot’s license.

His interest in cars led him to an education at MATC and Gateway Technical School.

Tim worked at Racine Transmission from the late 1970s to 1995, when he and his young family moved from Kenosha to Hollandtown.  A few years later, he took the big leap to being his own boss and started Ade Automotive.  Tim quickly made a name for himself in the local automotive community.  He became known for his expertise and skill in transmission work, as well as general automotive repair, and his business thrived.

Tim had a very strong work ethic and even after he became ill and was recently diagnosed with cancer, he continued to work.  In his limited free-time, he fervently pursued his hobby – restoring classic cars, talking to “car friends” about restoring cars, watching TV shows about restoring cars . . .

What he will most likely be remembered for though was his keen sense of humor. You could always count on Tim to give you a good laugh with one of his witty remarks.

He was preceded in death by his parents, and by Laura’s parents, Mel and Virginia Hames.

The funeral service for Tim will be held at 1:00 p.m. on Saturday, August 21st at Fargo Funeral Home, located at 400 W. Wisconsin Avenue in Kaukauna, with burial at St. Francis Cemetery in Hollandtown.  Family and friends are welcome to gather at the funeral home on Saturday from 10:00 a.m. until the time of the service.

Another Celebration of Life will be held in Kenosha on Saturday, September 11th at The Fireside Restaurant from 1:00 PM until 4:00 PM.

In lieu of flowers, donations to the Gary Sinise Foundation would be appreciated.

To order memorial trees or send flowers to the family in memory of Timothy M. Ade, please visit our flower store.