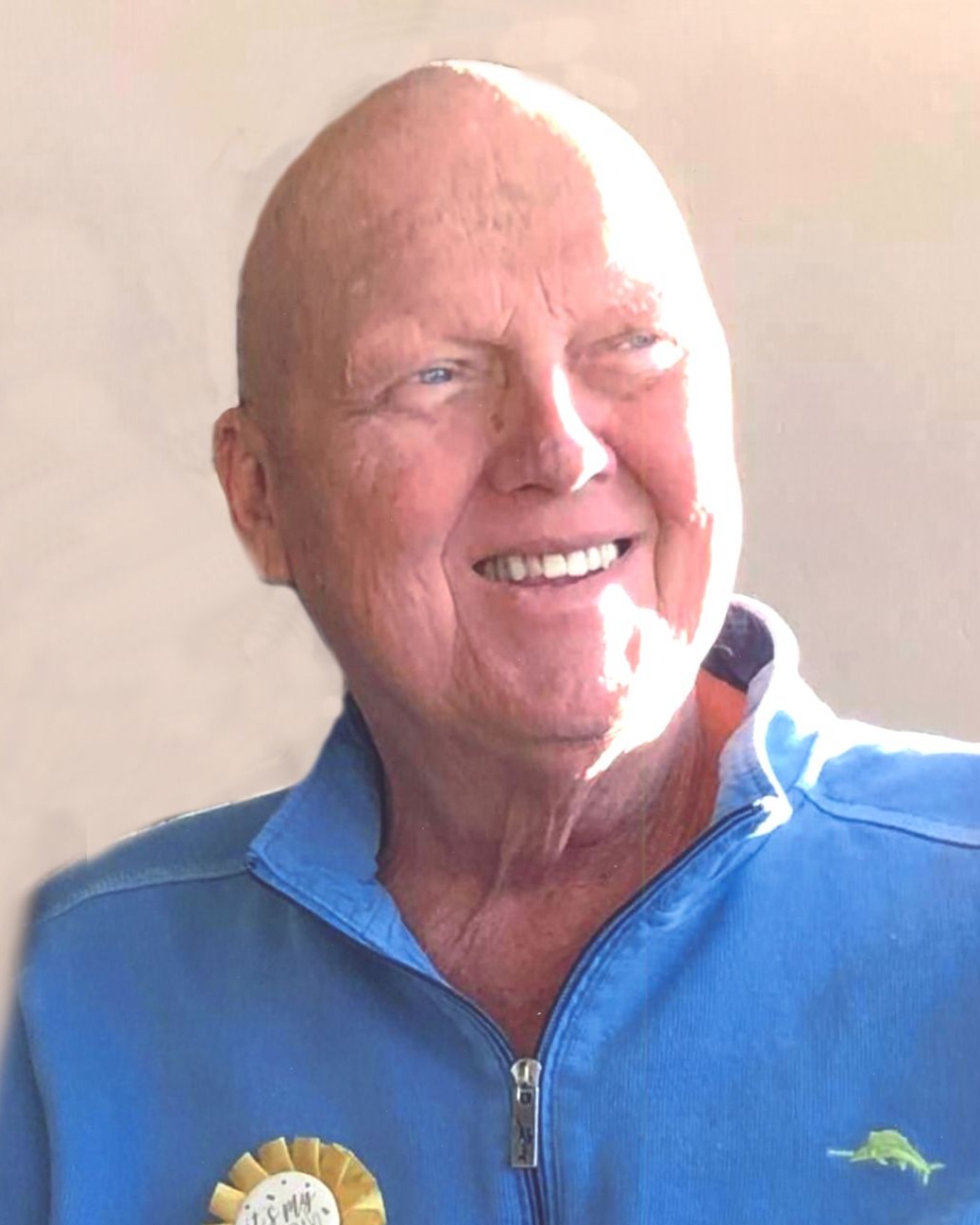 Tom was born in Appleton, Wisconsin, and resided that area.  He attended Appleton High School (now Appleton West) where he met his first wife Susan “Sue” Anita Washechek.  After high school, Tom walked on to the UW Madison Men’s basketball team and was a awarded a roster spot ahead of some other highly acclaimed recruits from around the nation.  He spent a year at Madison before discovering that entering the workforce suited him better than college.  Tom began his working career at Household Finance, where he was thrilled to be able to wear a suit to work each day.  Tom and Sue were married and had two children – Timothy “Tim” Michael and Peter “Pete” Thomas – during the time the Nation was involved in the Vietnam War and while Tom served his country in the National Guard.

After the war, Tom began his career at The Outagamie Bank where he was mentored by Marlyn Olson and worked until he became both President and Chairman of the Board at the ripe old age of 36.  Tom was always self-deprecating and was fond of saying, “I stopped working when I became the bank president!” and believed in “hiring the right people and getting out of their way.”  Tom worked at the Outagamie Bank until it became the largest independent bank in Wisconsin.  Tom then negotiated the sale of Outagamie Bank to the 1st Interstate Bank Corporation.  Tom retired from banking shortly after seeing that transition through.  During Tom’s banking days, he made a large impact on his community.  Tom helped many people and served the following roles in these organizations: President/Director of Appleton Evening Lions Club,  Director of Oshkosh Power Boat Club, President of Appleton Downtown Retail Association,  President of Appleton Credit Exchange,  Director of Fox Cities Chamber of Commerce,  Board member of United Way, Red Cross, Goodwill Industries, and Appleton Credit Bureau.

Because Tom retired quite young, he was looking for something to do and managed to convince his second wife Linda Marie (Konetzke) Van Wyk (married June 19, 1987) to purchase a construction company that had been a customer of the Outagamie Bank.  Knowing nothing about construction, Tom still believed in hiring the right people and getting out of their way - and was very successful in doing so.  While operating Appleton Lathing, Tom also helped found a commercial retail company, Acoustic Ceiling Products, LLC, which Tom chose Tim and Pete’s life-long friend Rob Rebman to run.  Tom mentored and treated Rob like a son – he was the right person.  Tom and Linda ran Appleton Lathing Corporation together for 13 years before retiring for good and selling the companies to Tim (Lisa) and Rob (Pam) who still own and operate the companies.

Tom and Linda retired to a life together filled with world-wide travel, vacation homes up north, and a home in Florida at Gulf Harbour in Fort Myers where they became standout members and players for their age groups in the tennis community.  Tom and Linda made many dear friends through tennis in Florida.  Tom remained an athlete right up until the age of 79 when his medical condition became known.

Tom lived a full life and one throughout which he said he had no regrets and did everything he wanted to do.  Tom was a lifelong hunter, a passion he inherited from his father and passed on to his sons Tim and Pete.  Tom and his sons made many of their best memories hunting together.

Tom was preceded in death by his brother Richard “Dick” Van Wyk, his father Robert “Big Bob” Van Wyk, and mother Sache Stella (Stutz) Van Wyk, in-laws James and Carol Konetzke and brother in-law Chris Konetzke.  Tom is survived by his wife Linda, sons Timothy (Lisa) and Peter, and grandchildren Peter and Nicole (Niki).  Tom delighted in his grandchildren and could not tease them or spoil them enough, always making them smile.  Tom is also survived by his first wife Susan (Washechek) Laemmrich, brothers-in-law Jim, Gary, Curt (Kathy), and Rick (Penney) Konetzke as well as a dozen nieces and nephews.

A memorial service to celebrate Tom's life will be held at 11:00 AM on Monday, October 31, 2022, at First Congregational United Church of Christ, located at 724 E. South River Street in Appleton.

Family and friends are invited to gather on Sunday, October 30, 2022 from 3:00 pm until 6:00 PM at the Wichmann Funeral Home, Tri County Chapel, located at 1592 Oneida Street in Fox Crossing and again at the church on Monday morning from 10:00 AM until the time of the service.

In lieu of flowers a memorial is set up with donations going to the Glioblastoma Foundation.  Please visit  glioblastomafoundation.org

To order memorial trees or send flowers to the family in memory of Thomas R. Van Wyk, please visit our flower store.