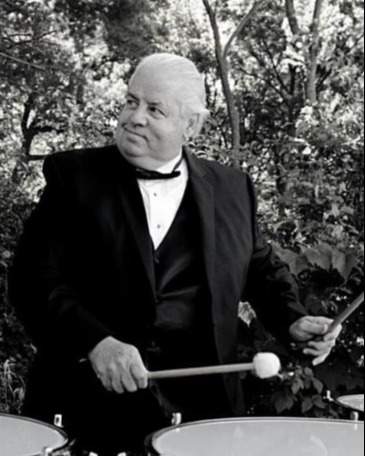 Thomas Scott Schneller lost his life on November 6, 2022, unexpectedly in a car accident while returning home from a concert performance with his prized tympani, which he called copper kettles.  Music was his love in life.

He was born to George Ramsey Schneller Jr, and Carroll (Cook) Schneller on February 23, 1947, in Detroit, MI then moving to Royal Oak in 1950. He was the oldest of three children.    Tom’s life was about his music.   While completing his BA in Music Education at Wayne State University, he was part of the Men’s Glee Club directed by Harry Langsford who led the group to first place at the music competition at the Eisteddfod in Wales.  He was a member of Phi Mu Alpha fraternity.   He proudly served in the US Army Military Band stationed at West Point, NY.  His MS in Education and Music Performance was from Crane School of Music, SUNY Potsdam, NY.

He attended Interlochen Music Camp and returned to Interlochen Arts Academy, MI as percussion faculty, teaching young future percussionists from all over the world; many have gone on to become successful musicians and university instructors playing in orchestras all over the country.  He taught the rudiments to all his students and later in life became involved with Traditional Rudimental Drummers.   Moving to La Crosse in 1980, he taught at several universities in WI and MN, public and private schools, past president of the Wisconsin Percussive Arts Society, was an author, became a certified police officer focusing on public safety, and played with the La Crosse Symphony. But his most loved positions were as principal percussionist with many orchestras, holding great fondness as Timpanist and Principal Percussionist for the Rochester MN Symphony where he was highly valued for his impeccable sound and knowledge of music.

Enjoying many activities, he was as comfortable in his tuxedo as he was in his hunting clothes.  He loved hunting, walking the woods, canoeing, skiing belonging to the National Ski Patrol, and traveling.  Spending time at the family cabin in Wellston, MI, built by his father and grandfather, a place that provided joy, peace, and solitude.

Tom is survived by his four wonderful children; Scott Schneller; Brian Schneller; Alison (Scott) Barkholtz; Kristin (Patrick) Kerwin, his grandson Julian who Tom cherished; and the mother of his children Claudia Schneller-Melby.  He is also survived by his brother, David (Heddy) Schneller and sister Maurita (Wes) Plouff, along with numerous nieces and nephews and his beloved companion, Carolyn Liarakos.

Tom was preceded in death by his parents, niece Juliet Schneller, and nephew Hans Schneller.

Visitation for Tom will be held on Thursday, November 17, 2022, at Wichmann Funeral Home, located at 537 N. Superior Street in Appleton.  Visitation will begin at 10:00 AM and will conclude with a prayer service at 12:00 Noon. The family invites those who have military service to attend in their military uniform in honor of Tom. He will be laid to rest at Central Wisconsin Veterans Memorial Cemetery in King, Wisconsin on Friday morning, November 18, 2022, at 11:00 AM.

For those who cannot attend on Thursday, there will be a larger celebration of life held in the spring. We hope you can all come and share memories of Tom at that time.

For information about a livestream of the Thursday service, please contact the family.

The family suggests that contributions be directed to Rochester Symphony Orchestra, 1530 Greenview Drive #120, Rochester, MN 55902   OR   Interlochen Center for the Arts, Interlochen, MI  49643.

To order memorial trees or send flowers to the family in memory of Thomas Scott Schneller, please visit our flower store.