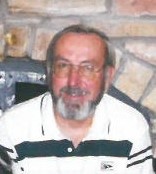 Thomas A. Merkel, age 87, Appleton, passed away on July 2, 2022. Tom was born on July 20, 1934 in Appleton to Robert and Hermine Merkel. He was a graduate of Appleton High School. He started as a Masonry Apprentice at age 18 and worked as a mason until his retirement at age 72. He was employed with Miron Construction for a while but most recently he was the owner of Merkel Masonry. On August 14, 1980 he married his wife Lyn and they enjoyed 43 years together before he passed. In his younger days he enjoyed working on cars. He also enjoyed fishing with his son Dean and later, Lyn’s dad Ross, camping, trap shooting and snowmobiling.

He was preceded in death by his parents, siblings Margaret Groves and William Merkel.

There will be a private graveside service for Tom at St. Joseph Cemetery of Appleton. For more information and to express condolences, please visit www.wichmannfuneralhomes.com.

To order memorial trees or send flowers to the family in memory of Thomas A. Merkel, please visit our flower store.