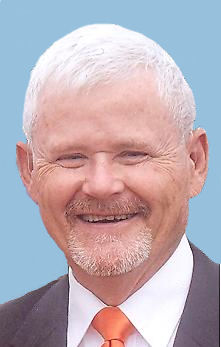 Tom McNally, age 68, passed away unexpectedly in Sawyer County on Sunday morning, July 22, 2012. Tom was born in McHenry, Illinois on November 5, 1943, son of the late Robert and Cecilia McNally. He grew up in nearby Fox Lake, Illinois and graduated from Grant High School in 1961. He attended the University of Upper Iowa where he received his Bachelor's Degree, and in 1970 received his MBA from Northern Illinois University. On May 20, 1972, he married Peggy June Ward in Kansas City, Missouri. The couple was blessed with three children. Over the years, Tom held a few positions, including sales positions at Neenah – Menasha Ford and Bergstrom Automotive, but for the past ten years had worked as a Project Manager at Security Luebke Roofing.

A funeral service for Tom will be held at 4:00 PM on Friday, July 27, 2012 at APPLETON ALLIANCE CHURCH, 2693 W. Grand Chute Blvd. in Appleton with Rev. Dennis Episcopo officiating. Visitation will take place directly at the church on Friday afternoon from 2:00 PM until the time of the service at 4:00 PM.

Everyone will remember Tom as a practical jokester with the ability to make people smile and feel comfortable. He enjoyed camping with friends and playing golf. His goal was to shoot a golf score of 80 when he reached the age of 80. Tom loved the Lord and enjoyed spending time in the Word with his church family and friends. Family was his number one priority. “Poppa” will be especially missed by his grandson Grayson, who he called his “Little Buddy.”

To order memorial trees or send flowers to the family in memory of Thomas J. McNally, please visit our flower store.