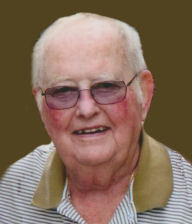 Tom O'Shea, age 82 of Appleton, passed away peacefully at home, surrounded by his family, on Sunday morning, December 14, 2014. Tom was born August 22, 1932 in Babylon, New York, son of the late Thomas and Mabel (Barton) O'Shea. Tom was a graduate of Rockhurst University in Kansas City, and on January 15, 1952, he married Virginia Blakemore in Missouri, she survives.

Tom had some very special traits that will be remembered by all. He had a keen sense of humor, loved his family beyond measure, and enjoyed life at the lake with relatives and friends. Those who knew him best can attest to his unique dancing style.

A memorial service for Tom will be held at 11:30 AM on Friday, December 19, 2014 at ST. PIUS X CATHOLIC CHURCH, 500 W. Marquette Street in Appleton, with Fr. Thomas Farrell officiating. Family and friends are invited to gather directly at the church on Friday from 9:30 AM until the hour of the service. Online condolences and memories may be shared by visiting www.wichmannfargo.com. In lieu of sending flowers, the family suggests that memorials be made to a fund which is being established.

Tom lit up the room with his presence and made everyone feel comfortable. Whether he was telling a joke, giving advice or just listening you knew he always had your best interest in his heart. He will be dearly missed by all who knew and loved him.

To order memorial trees or send flowers to the family in memory of Thomas E. O'Shea, please visit our flower store.