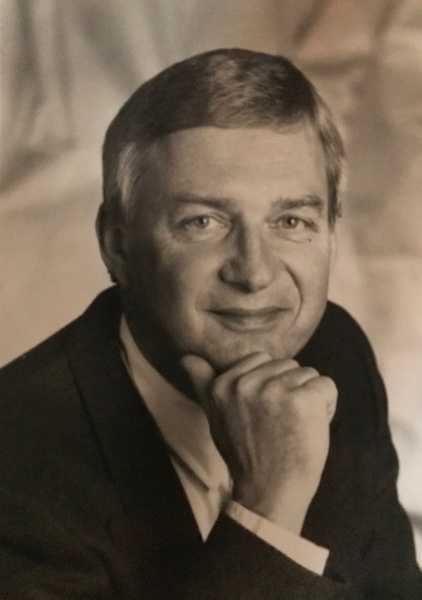 Thomas A. Zwicker, May 31, 1934 – January 20, 2022.  Tom passed away peacefully at home at the age of 87.  He was born to Lawrence and Marie (Wenneman) Zwicker in Stevens Point, WI.  His family moved shortly after his birth to Fond du Lac, WI where Tom graduated from St. Mary’s Springs Academy High School in 1952.  He graduated from Marquette University, Milwaukee, WI with a Bachelor of Science in Business Administration in 1956.  While at Marquette, he was in the Navy ROTC and served two years in the Philippines and was honorably discharged from the Navy in 1960.  He married Paula Krueger October 11, 1958, they moved to Neenah, WI where he was employed by Marathon and later Marshall Investment Company.  During that period Tom and Paula raised four sons: Paul (Susan) their children Adam, Tom, and Matt; Tom (deceased while serving in the Navy), Dan (Gayle) their children Katie and Chloe, and Jim (Peg) their children Darren and Andrea.  In 1968 Tom moved his family to Stevens Point to head the investment branch of Smith Barney Harris Upham.  In 1980 he was named President of Zwicker Knitting Mills, Appleton where he led the company through difficult times, as well as modernized and streamlined operations returning the company to growth and profitability.  In 1989 Tom returned to his love of investments and remained active in that profession until recently.  He also served as a board member for many Fox Valley companies.  The family’s homes in Neenah, Stevens Point, and Kaukauna (42 years a very special place for Tom), the cottage in Manitowish Waters, and condo in Fish Creek were all enjoyed by him.  Tom especially enjoyed family time, wonderful friends, family dogs, and traveling throughout the United States and abroad.

The family plans on a private celebration of his life in the future.

Special thanks to the ThedaCare at Home staff.

Donations in memory of Tom can be made to the 1000 Islands Environmental Center, Kaukauna, WI or the North Lakeland Discovery Center, Manitowish Waters, WI.

To order memorial trees or send flowers to the family in memory of Thomas A. Zwicker, please visit our flower store.