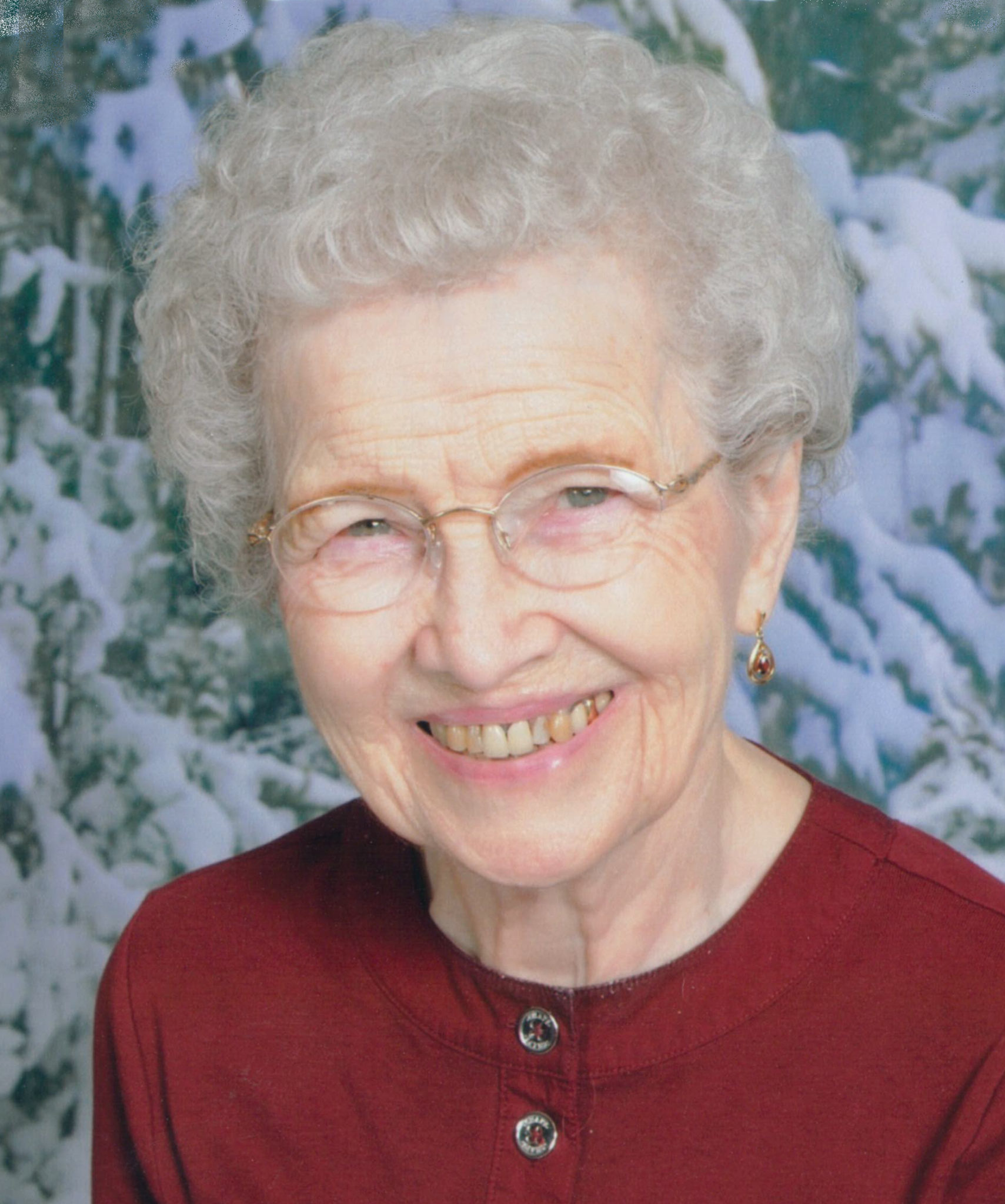 Theresa C. (Hendricks) Schmidt, 97, passed away peacefully on November 9, 2020 at Aspire Senior Living in Kimberly, where she was a resident.  Theresa was born on January 7, 1923 in the Town of Vanden Broek to the late Martin and Gertrude (DeBruin) Hendricks.

Theresa was married to Joseph J. Schmidt on August 23, 1945.  They lived on a dairy farm until they turned the farmland into a golf course, Countryside Golf Club, in the early 60’s.  In addition to working on the farm and golf course, Theresa grew a large garden and canned vegetables and apple sauce from the 7 trees behind their home.  In the 34 years Theresa and Joe had together, they had many adventures.  In the early 70’s they bought a motor home and started traveling.  In winter they went south on golf trips.  Eventually they purchased a lot on Crystal Lake in Pickerel, Wisconsin.  They parked the motor home on the lot until they built a cottage.  Theresa enjoyed being a member of the homemakers club, square dancing, and card club.  Theresa was also a member of the Christian Mother’s group at church.

Due to the current circumstances, a private funeral will be held for Theresa at 11:00 AM on Saturday, November 14, 2020.  For those not attending the service, you may view the entire service live by visiting this site on the morning of the service.

Memorials are encouraged to the Alzheimer’s Association (www.act.alz.org) to aid in research of Alzheimer’s disease and dementia.

To order memorial trees or send flowers to the family in memory of Theresa C. Schmidt, please visit our flower store.