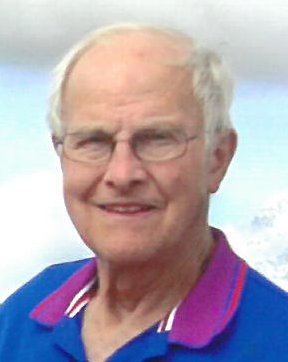 Theodore “Ted” H. Wenzel, 74 years, passed away at his home in Menasha, June 6, 2016 surrounded with the love of his family. He was born on April 6, 1942 in Delavan, WI to Harold and Emoline (Heth) Wenzel. Ted graduated from Delavan/Darien High School in 1960. He also graduated from Carroll College obtaining a Bachelor of Science in Chemistry in 1964. He attended the University of Minnesota Graduate School in Chemistry until 1968 when he moved to California to work with Kaiser Aluminum. In 1974 he returned to Wisconsin working at Schlitz in Milwaukee as a Quality Control Manager. In his later years he worked at Stroh, PPG, and Dexter. He was most recently employed with Precision Metrology in Milwaukee, WI from 1999 until 2010 when he retired to be close to his family in the Fox Valley.

Ted was meticulous in his home life also. He was an accomplished woodworker, toiling in his wood shop turning exacting pieces like vases, furniture, goblets for his children's wedding gifts, and tap handles for his son's brewery. He was a member of the American Association of Woodturners in Green Bay, WI. Ted was a general handyman who family and friends counted on to help. He enjoyed golfing with his partner Phillip Endter. His yard was manicured to hold perfect lines in the lawn and a garden producing his favorite tomatoes. Ted also obtained a broker license completing the Series 7, working with Blunt, Ellis and Lowe. Most of all Ted was a loving husband, a devoted father and grandfather and enjoyed simply being at home with his loved ones.

While Ted was in CA, he went on a blind date which eventually turned into a romance culminating in the marriage of Carolyn (Koressel) and Theodore Wenzel on May 8, 1971 in CA. He is survived also by his children Heather (Fred) Ueckert, Alex (Kristin) Wenzel and their children Ben and Julia, and Sally (Eric) Henzel. Ted was preceded in death by his parents and his sister Diana (Jerry) Ladwig.

In lieu of flowers memorials to Thedacare at Home Hospice in Ted's name appreciated.

To order memorial trees or send flowers to the family in memory of Theodore "Ted" Wenzel, please visit our flower store.