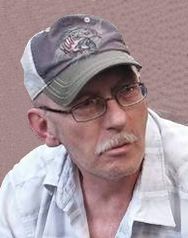 Terry Timm, age 62 of Neenah, passed away peacefully on April 26, 2016 with his wife by his side. Terry was born on December 8, 1953 to the late Roger and Eunice (Arcand) Timm. Terry was a graduate from Green Bay East High School and went on to graduate from trucking school at Fox Valley Technical College. He spent the majority of his life working as a trucker and as a mechanic. He loved rebuilding and working on vehicles. In November of 1981 he married the love of his life, Pamela, and they have spent the last 35 years together. He had an enormous heart and loved his family dearly. In his free time, he worked on rebuilding vehicles, fishing, and watching his favorite teams, the Brewers and the Packers.

A memorial service in honor of Terry will be held on Friday, April 29, 2016 at 12:00 PM at WICHMANN FUNERAL HOME TRI-COUNTY CHAPEL, 1592 Oneida Street in Menasha. There will be a time of visitation from 10:00 AM until the time of service.

To order memorial trees or send flowers to the family in memory of Terry Timm, please visit our flower store.