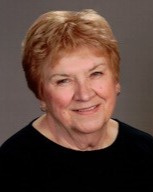 Our beloved Suzanne Elizabeth Tabbert died peacefully on January 5th, 2023, at Rennes Health and Rehab Center in Appleton, WI. She was 82.

Sue was born in La Crosse, WI on August 9, 1940, the youngest of four daughters, to Rueben and Sylvia (Houkoum) Tabbert.

Sue finished her early education in Onalaska, graduating from high school in 1958, and developed her love for music by playing the piano and singing with her 3 sisters. Sue played the organ at the First Lutheran Church of Onalaska, following in the footsteps of her mother. It seemed a perfect fit to become a music major at Luther College, however, when she discovered she had to “study” music, she changed her mind. Regardless, music always played a key role in her life, whether participating in Sweet Adelines or supporting the performances of her friends, former students, and relatives.

Picking up college courses once again, Sue earned her B.S. degree in Elementary Education from Wisconsin State University at La Crosse. (Now known as the University of Wisconsin - La Crosse.) Sue began her teaching career in Appleton in January 1966, and remained there until she retired on June 10, 1997. She recalled that anytime the Appleton educational system wanted to try a new idea, they knew Miss Tabbert would make it successful; and she did! Huntley, Washington, Highlands, McKinley and Horizons Elementary School benefitted from her hard work and attention to students. Her eternal positive spirit made many new educational ideas seem possible. That same spirit drew fellow teachers to become her lifelong friends. Parents of her students saw their children’s self esteem grow as Sue nurtured their confidence to tackle hard projects. Some of those parents also became her close friends. She cared for her classroom children as if they were her own.

In retirement, Sue traveled, played bridge, and joined her fun-loving Mahjong group regularly. She was an avid reader, knitting expert, and lifelong learner. There was always a twinkle in her eyes as she enjoyed a good time with friends, old and new.

One word could not accurately define Sue, although “kind” would certainly top the list. She would look you straight in the eye and say, “thank-you”, and mean it, whether you were a dear friend or a grocery store clerk. Along with that kindness, Sue had a gift for really hearing you, using her great insight into people to help you. She was loving, compassionate, hard working, empathetic, loyal, thoughtful, and patient. Her sense of humor and joy were contagious. And last, but not least, Sue was a perennial optimist. Her glass always “half-full.”

Sue was an active member of The First United Methodist Church of Appleton, volunteering her time and expertise teaching knitting, and also served on various committees, including the “Kitchen Crew,” who cleaned, cooked, baked, and fed the community on Wednesday nights. Many of the women with whom she served became dear friends. Her love of God and strong faith guided her life-long path.

Sue was proceeded in death by her parents, sisters and brothers-in-law Marion (John) Streeter, Edith (“Chick”) Evans and the love of her life, Richard (Dick) Novitske.

Joining us in mourning, are those hands and hearts in Appleton that tended to Sue with love and compassion in her final days: Beth Lahti, Carol Upward, Diane Lange, Jim and Su Marotz, the staff at Rennes Health and Rehab and her caregivers with Compassus Hospice.

A memorial service for Sue is planned for April 22, 2023 at The First United Methodist Church of Appleton, 325 E. Franklin Street. Visitation will begin at 10:00 a.m. with the service to follow immediately at 11:00.

To order memorial trees or send flowers to the family in memory of Suzanne E. Tabbert, please visit our flower store.