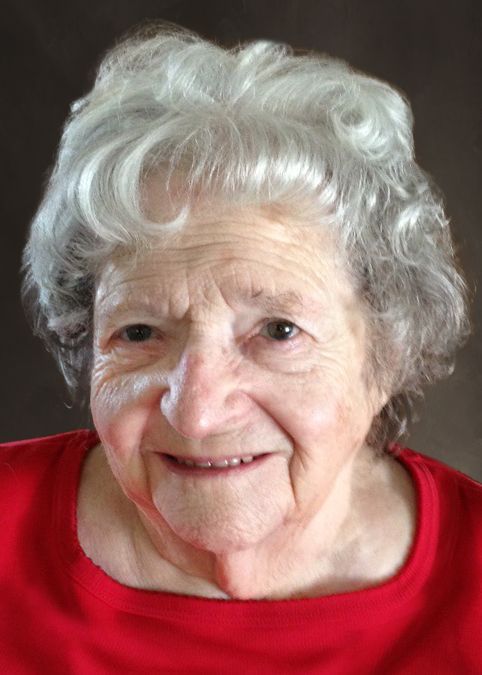 Susan Remias, age 94, went home to her Lord on Friday, January 16, 2015, after a long and productive life. She was born on September 10, 1920, to John and Katherine Zahumensky in Czechoslovakia, and baptized two days later. Susan was confirmed in the Lutheran faith at Holy Trinity Slovak Lutheran Church in Detroit on July 16, 1933.

She served as a Master Sergeant during World War II, 1943-1946, doing all she could to support the war effort. Afterwards, she was employed by Warren Consolidated Schools for 19 years as a substitute teacher and secretary.

The most important joy in Sue's life was to lovingly teach future generations the truths of Holy Scripture. She taught Sunday School at Holy Trinity Slovak Lutheran Church, Detroit, and Our Shepherd Lutheran In Warren, MI. Her most fervent prayer was that her children, grandchildren, and great-grandchildren would believe that Jesus took away their sin and be in heaven with her for eternity.

Susan's Christian Funeral Service will be at 6:00 p.m. on Sunday, January 18, 2015, at ETERNAL LOVE EVANGELICAL LUTHERAN CHURCH, 1011 E. Midway Rd., Appleton, with Rev. Robert Balza and Rev. Gene Jahnke officiating. Friends may call directly at the church on Sunday from 4:00 p.m. to the time of services. Memorial gifts in lieu of flowers will be used to support the Gospel of Christ.

The family would like to thank all the staff of Oakridge Gardens Nursing Home and Appleton Retirement Center for providing loving homes and gentle care for Sue and supporting her whole family during these last years. Online condolences may be offered at www.wichmannfargo.com

To order memorial trees or send flowers to the family in memory of Susan (Zahumensky) Remais, please visit our flower store.