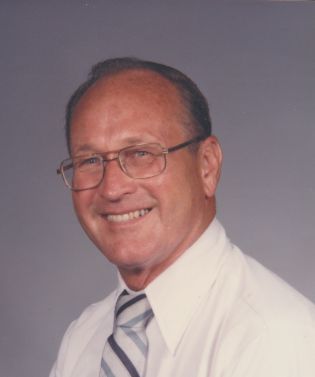 Stuart W. Leslie, 87, died at his home in Appleton, WI on October 29, 2013. He was born January 12, 1926 in Chicago, Illinois son of the late Donald and Mary (Polloway) Leslie. Stuart graduated from Oak Park High School in 1943 and enlisted in the Navy in January 1944. During the closing months of WWII he served aboard a Landing Craft Support ship as a radioman second class, saw action at Okinawa and other battles in the Pacific campaign and was honorably discharged in May 1946.

Stuart attended Northwestern University after the war under the GI Bill and received a B.S. degree in biochemistry in 1950. He was married to Barbara Crown in December, 1950 and settled in the Chicago area where he was employed by Armour and Company as a food chemist, and then with the US Army Quartermaster Corps. He was proud of his work there on improving the flavor and nutrition of the first space rations. Stuart shared his enthusiasm for chemistry and the space program with school and community groups. His group's research on preserving food with ion beams was years ahead of its time, and he continually reassured skeptics that irradiation would not make food radioactive. He was glad to see some products making use of this long-ago research finally begin to appear on grocery store shelves in recent years. Later in his career, Stuart took on positions marketing scientific instruments for Packard Instrument Company, Hewlett Packard, and Varian Associates. He earned an MBA in marketing from Northwestern University in 1964. While he would always miss hands-on chemistry, he enjoyed passing along to a new generation of researchers his knowledge of the latest advances in gas chromatography, mass spectrometry, and nuclear magnetic resonance.

Stuart's career took his family to homes in Elmhurst, IL; Wilmington, DE Barrington, IL; Houston, TX; New Bern, NC and finally in Appleton, WI. A life-long do-it-yourselfer, Stuart happily took on any and all home construction projects, mastering the skills needed to complete even major rehabs for his children's homes, lasting tributes to his patience, perfectionism, and decorating preferences. He enjoyed photography, and turned out many memorable Christmas cards using special effects of his own invention, long before Photoshop made them easy. An avid sportsman, Stuart raced sailboats with the Lake Geneva Yacht Club, played a good round of golf, could still turn some heads on water skis into middle age, and encouraged his children in all their competitive athletic activities. He never seemed happier than in the summers when he joined in the fun with the extended family at their place in Lake Geneva, WI.

Stuart was a natural teacher, a Cub Scout den father when that was almost unheard of, and the only Dad anyone knew who regularly chaperoned school field trips, a role model for many future fathers. After retiring from the business world, he taught computer science to some of his contemporaries in New Bern, NC who were less comfortable than he was with the digital age. Finding it difficult to part with equipment that would still turn on, his study always looked a little like an exhibit on the evolution of the personal computer. Stuart kept busy in his retirement years, relishing opportunities to travel all around the country to visit family and friends. He enjoyed researching his family genealogy, and cultivated roses.

Stuart served faithfully as Elder, Deacon, Sunday School Superintendent and teacher in the Presbyterian Church. For his family and friends, he was a model of Christian charity and community service. He was a loving and kind husband, a soft-spoken and understanding father and grandfather, a loyal and true friend and brother. He leaves behind his wife of 62 years, Barbara; children Stuart W. Leslie Jr (Susan) of Baltimore, MD, Ellen Braatz (Gregory) of Appleton, WI, Donna Leslie of Charlotte, NC, and Laura Leslie of Orlando, FL; grandchildren Emma Leslie Parsons, Kevin Leslie, Alex Braatz, Elizabeth Braatz, Lili Braatz, Stuart Leslie, and Sarah Williams; brother Donald Leslie, Eugene, OR; sister-in-law Arlene Kingwill; brother-in-law Robert Crown; and a number of nieces, nephews and dear friends scattered around the country. He was preceded in death by brother Kenneth Leslie and sister Dorothy Leslie.

He was dearly loved and will be sorely missed by the family and friends who were privileged to have known him.

A memorial service will be held on Sunday, November 10, 2013 at Memorial Presbyterian Church, 803 College Ave., Appleton, with the Rev. Michael Goodwin officiating. There will be a visitation at 1:00 pm with the service beginning at 2:00 pm. A reception immediately following the service will be held at the church. In keeping with Stuart's wishes, his ashes are to be scattered in Nova Scotia, an important part of his family's history, and a place dear to his heart. In lieu of flowers, please consider a donation to a memorial fund that is being established in Stuart's name.

To order memorial trees or send flowers to the family in memory of Stuart Leslie, please visit our flower store.