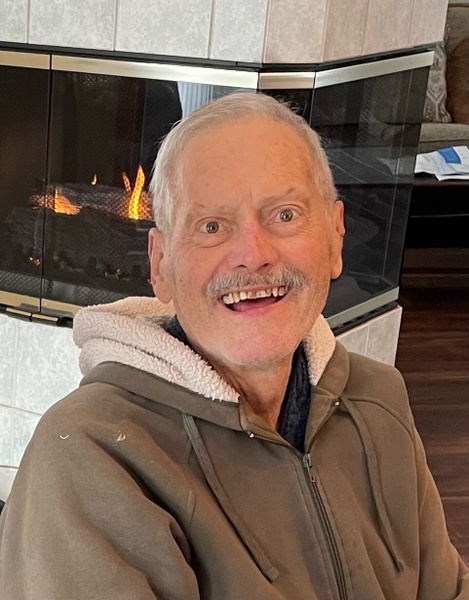 Steve Duscher, age 74, passed away peacefully at his home in Appleton, Wisconsin on Thursday, January 6, 2022. He was born on April 20, 1947 in Redwood Falls, MN and was the son of the late Raymond and Geraldine (Kolp) Duscher.

Steve graduated from Redwood Falls High School in 1965.  After graduation, Steve joined the Army, where he served until 1969 and then attended Mankato State University, where he received his Bachelor’s degree in Psychology followed by his Master’s Degree in Healthcare Administration at UW-Oshkosh at a later date. Initially, he worked at St. Joseph’s Hospital in Mankato, MN where he met his wife, Jackie. Steve and Jackie married on April 22, 1972, spending several years in Rochester, MN before moving to Duluth, MN where Steve worked as a healthcare administrator. Steve’s career eventually led him to Appleton, WI where he continued in healthcare administration serving as Behavioral Health Unit Manager at St. Elizabeth Hospital transitioning to Manager of Outpatient Psychiatric Services at Bellin Hospital in Green Bay until his retirement.

Steve was a wonderful dad, husband, brother, son, friend, and colleague. He had a quick wit, incredibly contagious laugh, and put family before everything else in life. He was a servant leader. His character was rock solid and the values he instilled in his children speaks to his character.  He provided the best advice and always the most unwavering support. Steve believed very strongly in the importance of education and consistently encouraged his children to follow their dreams. He was beyond proud of their accomplishments and would boast about them at any opportunity.

Steve loved spending time with his family and friends at his cabin on Potato Lake in Park Rapids, MN until they elected to sell several years ago. Their “slice of heaven” provided a lifetime of memories for both Steve and Jackie and their family. He thoroughly enjoyed pheasant hunting in South Dakota, sporting clays with family and friends, baking, dabbling in woodworking, and always looked forward to family get-togethers with his siblings and their families especially back “home” in Redwood Falls. In recent years, he and Jackie found renewed joy in travel most recently partaking in their first cruise two years ago to Central America; an experience they both enjoyed tremendously. Furthermore, he will always be remembered for his pleasure in finding a “deal,” nearly creating a bomb shelter of sorts in his basement consisting of these “hot deal” food and household items – something his family teased him about relentlessly.

Above all else, Steve’s greatest joys in life were his four grandchildren, whom he adored with every ounce of his being. They were his heartbeat.  He would never miss an opportunity to spend time with them and used every chance he got to make sure they knew how much he loved them.  His guiding presence with his grandchildren will truly be missed. They sure are going to miss “Grandpa Steve.”

Steve is also survived by his siblings; Phyllis (Marlin) Hennen, Shirley Redmann, Warren (Jean) Duscher, Donna Reding, and Tom (Sandy) Duscher; and his many nieces and nephews, all of whom he loved dearly.

Steve is preceded in death by his in-laws; Carol and Lois Berg; and brothers-in-law, Merlin Redmann and Don Reding.

A memorial and celebration of Steve’s life will be held on Saturday, May 14 from 1:00-4:00pm at Buboltz Nature Preserve in Appleton.  Please check back for details.

Dad, there aren’t enough words to tell you how much you mean to us and how much we are going to miss you. You provided us with a lifetime of wonderful memories. We love you, Pops. – your daughter, Stephanie

“Hey Boy,” I will miss your messages, texts, calls, the moments shared, and most importantly your presence.  I am forever humbled and grateful to have 42 years with you. You have defined the true meaning of “Dad.”  Above all, please know that we will forever love you. – your son, Paul

To order memorial trees or send flowers to the family in memory of Steven Lee "Steve" Duscher, please visit our flower store.