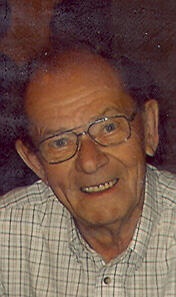 Age 80, passed away peacefully at ThedaCare Hospice Residence after a year long battle with cancer on Thursday, September 22, 2011. He was born in Appleton on August 16, 1931 the son of the late William and Bertha (Grube) Roocks. Stan served his country in the Army with the 40th division in Korea from 1952-1953. He married Delores Berkhahn on July 18, 1959 at Emmanuel United Methodist Church in Appleton. Stan worked at Asten Johnson, formerly Wisconsin Wires, for 45 years.

The memorial service will be at 12:00 p.m. on Tuesday September 27, 2011 at the Wichmann Funeral Home, TRI-COUNTY CHAPEL, with Rev. Mark Geisthardt officiating. Friends will be received at the funeral home on Tuesday from 10:30 a.m. until the time of the service. Burial will be in Appleton Highland Memorial Park.

The family extends a special thank you to the staff at Martha Siekman Center at Appleton Medical Center and the staff at ThedaCare Hospice for their wonderful care.

In lieu of flowers, a memorial fund in Stan's name is being established.

To order memorial trees or send flowers to the family in memory of Stanley W. Roocks, please visit our flower store.