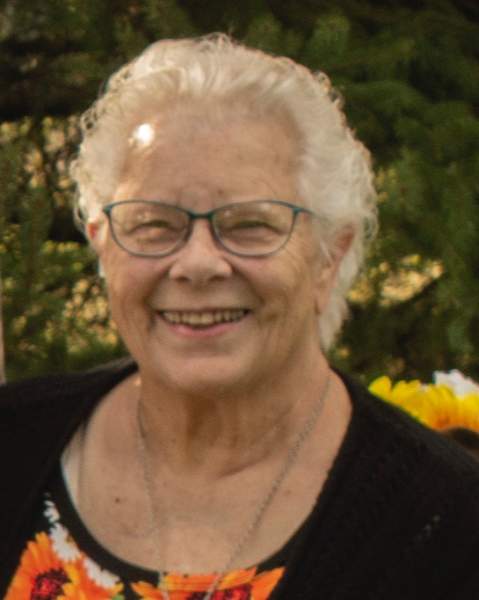 Shirley A. “Sis” Kohl, 87 of Appleton, passed away Tuesday September 13, 2022.  She was born August 17, 1935, in Green Bay, WI to William and Ethel (DeKeyser) Maes. When Sis was a lifeguard at Erb Park pool, Clayton Kohl went to the pool and did his trademark “swim like a rock” move and Shirley had to rescue him from the deep end!  The two were engaged in December of 1953, married in 1955, and the following year, welcomed the first of their five children. The couple raised a family in Appleton and although Sis worked for at Scolding Locks for more than 15 years, her main occupation was homemaker, where she was known as a “sacrificial cook.”

Sis loved the time at the family cabin on Crooked Lake. Her favorite part of being at the lake was spending time with family and lounging on the dock. She was always in a hurry to get to the lake, and then, after putting away all the necessary parephenalia, would position herself on the dock.  Not known for her sense of direction, one of the only places Sis knew how to get to outside of Appleton was Crooked Lake.

Following the passing of Clayton, Sis would spend her time with the “ladies who lunch” group, going on cruises and traveling. She was well-travelled and even rode in a helicopter while in Hawaii overlooking a volcano. She loved a challenge and could never be told she couldn’t do something! Other enjoyable activities included, square dancing, camping, and being a library mom. She was an avid rummage sale-er and puzzlemaker, and loved reading and knitting.

Shirley was preceded in death by her husband and love of her life Clayton, who has been waiting 31 years for her to return to his side; her parents, parents in law: Theron and Alice Kohl; siblings: Barbara “Boots”, Judy, William Jr “Skip”, Jeannie, Jillaine, and Terry “TJ” as well as brothers and sisters in law: Eugene, Marion (Rudy), and Jim (Bev).

A funeral service will be held Saturday, October 1, at 11:00am at Wichmann Funeral Home, 537 N Superior Street, Appleton. Friends and family may gather at the funeral home from 9:00am until the start of the service. Shirley will be laid to rest at Highland Memorial Park in Appleton.

In lieu of flowers a memorial fund will be established.

The family would like to extend their gratitude to the staff at ThedaCare Regional Medical Center-Appleton, especially the ICU nurses who cared for her.

To order memorial trees or send flowers to the family in memory of Shirley Anne Kohl, please visit our flower store.