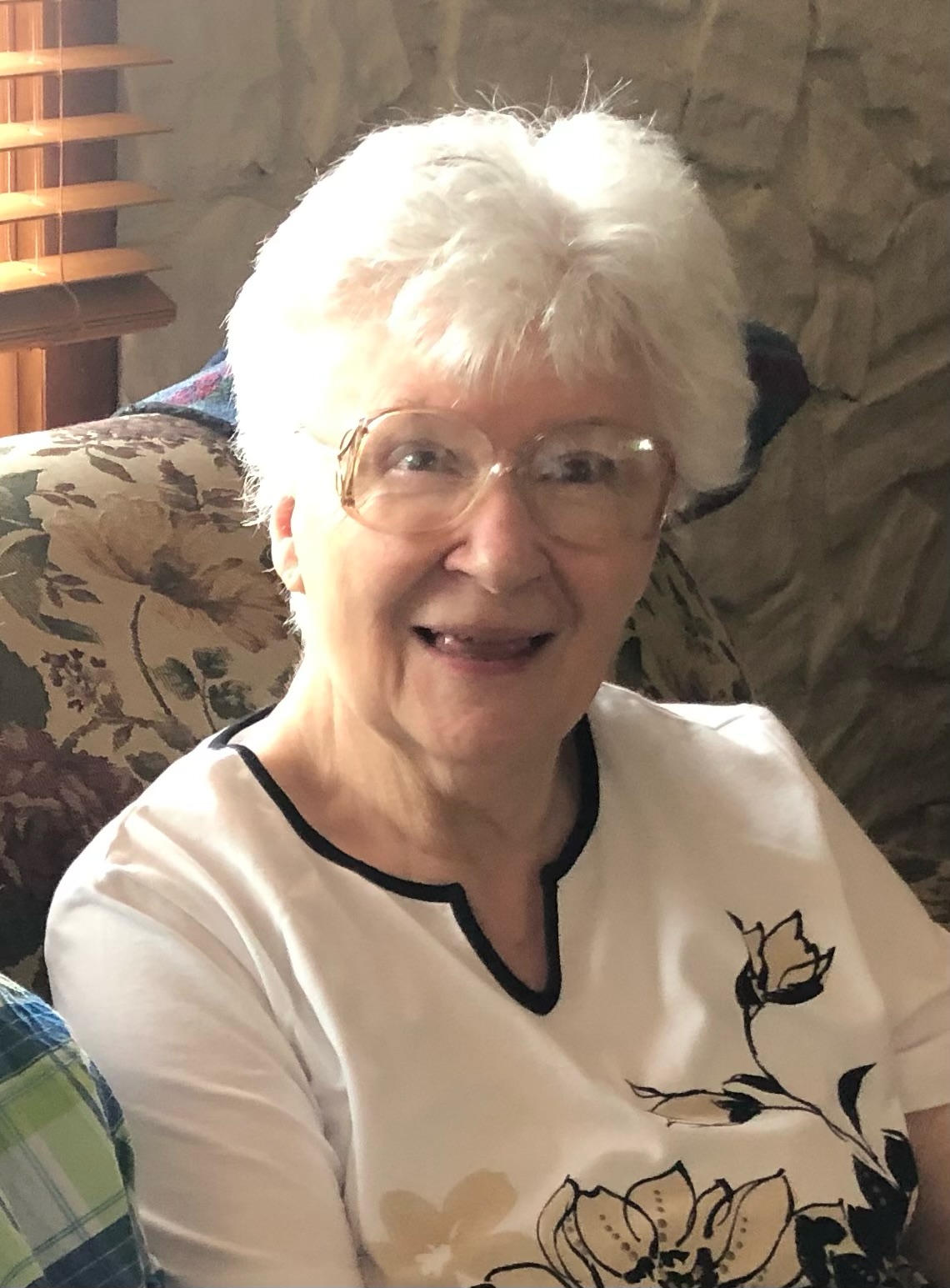 Shirley Rae (Roberts) Jacobson passed away June 15, 2022.  Shirley was born September 28, 1936 in Northland, Michigan to the late Mark Theodore Roberts and Pauline Alma (Charles) Roberts.
Shirley attended St. Paul’s School and graduated from Negaunee High School in 1955. Upon graduation, she was employed as a school secretary until she met and married Ronald Eugene Jacobson of Stambaugh, Michigan on July 18, 1959. After several years in Hibbing, Minnesota, Shirley and Ron moved to Green Bay in 1961 and built their forever home in 1965, where Shirley still resided.

Shirley was a loving wife and mother to seven children. She was a master of stretching a dollar when her family had little, from canning food to making and mending her kids’ clothes, to selling her vegetable produce to neighbors. She was of the generation that made do with what they had. She kept an immaculate house despite those seven children, and was a master baker and cook; Shirley collected a library’s worth of cookbooks and recipes. She was always experimenting with baked goods for her kids and grandkids.

For years, Shirley made various crafts to sell and was involved in the ‘Twas the Night Before Christmas craft fair every year at Pamperin Park and later Green Isle Park. Eventually, Shirley returned to the workforce at Dolly Madison Bakery and worked there for over 25 years until the store closed in 2011.

Shirley loved to garden and had the most beautiful flower gardens on the block. She also kept a large vegetable garden and fed her family and neighbors with her bounty. She could recognize every type of plant specimen she saw, and if she didn’t know it, she had books where she could look it up.

Shirley was preceded in death by her parents, her husband, and her brother, Mark “Moose” Roberts Jr.

There will be a Memorial Mass for Shirley on Friday June 24, 2022 at 11:00 am at Nativity of Our Lord Catholic Church, 2270 S. Oneida Street in Green Bay. There will be a visitation preceding the Mass at the church on Friday from 9:00 am to 11:00 am. For more information and to express condolences, please visit www.wichmannfuneralhomes.com.

A special thank you to the staff at St. Vincent Hospital and Unity Hospice for their support during Shirley’s last days.

To order memorial trees or send flowers to the family in memory of Shirley Rae Jacobson, please visit our flower store.

Nativity of Our Lord Catholic Church

Nativity of Our Lord Catholic Church