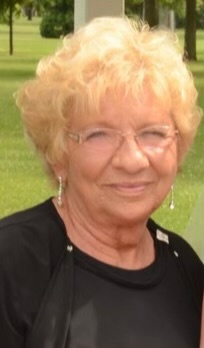 Shirley A. Smith, age 84, passed away peacefully on Friday, December 17, 2021, at St. Elizabeth’s Hospital in Appleton, WI. She was born on September 15, 1937 in the Town of Main, Wisconsin, daughter of the late Louis and Madeline (Bessett) Affeldt. On November 23, 1957, Shirley married Davey Smith, and subsequently raised 5 wonderful children.

Shirley’s first job was raising her children into adulthood. She then went on to work at Classic Printing and Intertape Polymer for many years. Shirley had many interests and hobbies. She enjoyed baking for all her friends and family, including her famous fudge and Jell-O shots. Shirley also enjoyed bowling. It was the highlight of her week to bowl with the same bowling team she had bowled with for over 40 years, including all the shenanigans that happened with her best friend, Nancy. She loved going up to the cabin in Pickerel, and spending time with family.

Most of all, Shirley was a die-hard Green Bay Packers fan and season ticket holder. When she was 74 years old, she got the first of her two Packer tattoos. She attended many important games, including the Ice Bowl. Shirley was such a dedicated fan that when she slipped on ice while attending an NFC Championship game, she went to the hospital to find out her wrist was broken and then headed back to the stadium to watch the second half of the game!

A Celebration of Shirley’s life will be held at 12:00PM at Wichmann Funeral Home – Laemmrich Chapel, 312 Milwaukee St., Menasha. Visitation will be held from 10:00AM until the time of the service. Entombment will follow the service.

In honor of Shirley’s passion for the Packers, we encourage you to wear your favorite Green Bay Packers attire.

Please leave a special message or condolences for Shirley’s family below.

To order memorial trees or send flowers to the family in memory of Shirley A. Smith, please visit our flower store.