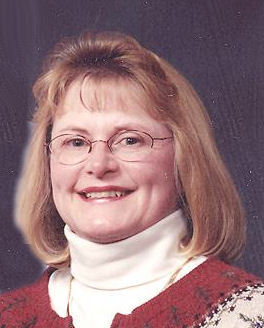 Sheila M. (O'Hearn) Radke, 61 years, passed away January 14, 2017 at St. Elizabeth Hospital in Appleton, Wisconsin after a sudden illness, with her family by her side. She was born on March 10, 1955 to her loving parents Martin F. and Rosemary (Krug) O'Hearn Jr. in Fond du Lac, Wisconsin. She went to St. Patrick Catholic Grade School, Fond du Lac and furthered her education as a graduate of North Fond du Lac High School, Class of 1973. She was certified with an Associate Degree from Moraine Park Technical Institute in Interior Design. On December 6, 1980 Sheila (O'Hearn) and Scott L. Radke were married in Fond du Lac, Wisconsin. They settled in Appleton, Wisconsin to raise their family.

Her career started with a brief employment with K-Mart in the cash office and later joined the Guardian Life Insurance team working as a systems analyst, retiring in February of 2015. She was proud of her St. Patrick roots and brought them to her activities with St. John the Baptist Catholic Church in Menasha.

Sheila enjoyed playing bingo and travelling with her husband, in the Camero, to casinos throughout the state. Frequent card games with Chuck and Joanne and an occasional trip to Vegas were some of her favorite times. Most of all she enjoyed being the family planner, getting birthday and holiday parties organized. Trips to Disney World and Universal Studios with her grandchildren were her treasured memories.

A memorial fund in Sheila's name will be established. The family of Sheila thanks the staff of St. Elizabeth Hospital ICU unit for their loving and professional care of her.

Sheila was a loving and devoted daughter, sister, and wife. She will be sorely missed by her family.

To order memorial trees or send flowers to the family in memory of Sheila M. Radke, please visit our flower store.