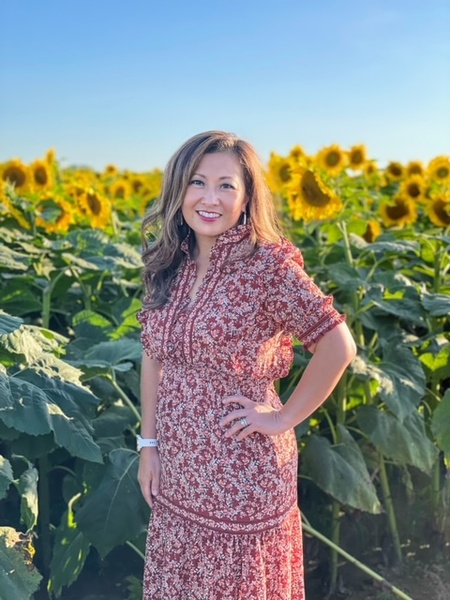 See Song, an ageless beauty who could light up any room she walked into, passed away unexpectedly on January 6, 2022, at the age of 43, surrounded by her children and husband.

She began her life on August 17, 1978, as the firstborn child of WaSeng Ber and Chao Lor Yang in the refugee camps of Nong Khai, Thailand. After immigrating to the United States in 1979 with her parents, they spent their initial transition in Philadelphia, PA where they lived for almost four years. See and her family would relocate to Oshkosh, WI, where she would call home for the remainder of her life.

In the summer of 1992, See married her one and only love, Paul Xiong. See and Paul have six beautiful children, two adorable granddaughters, as well as one very loyal dog, Coco. See was a hard-working mother juggling multiple responsibilities, school, and jobs at the same time, yet always putting the needs of her family first.

One of See’s first jobs was working at Mercy Medical Center (MMC) in Patient Registration where she made lasting friendships with many of her co-workers. With persistence and ambition, See graduated with her bachelor’s degree in Social Work from UW Oshkosh in 2002. She began her professional career with Winnebago County Human Services in the Child Protective Services Unit and eventually became a Juvenile Justice social worker where she impacted and offered significant guidance to local youths and their families for over 11 years. Wanting to develop her professional career beyond social work, See bravely took a leap of faith and changed her career path. Her journey eventually led her to working at Fox Valley Technical College (FVTC) for over the last eight years of her life. She initially started as an Enrollment Facilitator and then transitioned into various roles within the College including Admissions Specialist and most recently as an Academic Operations Specialist. During her career at FVTC, she also earned her Master’s in Educational Leadership & Policy with a Certificate in Post-Secondary, Technical & Adult Education from UW Oshkosh in 2017.

See was a passionate servant of Christ and most recently was an active member of Refuge Church in Appleton, WI. In her previous membership with Hmong United Alliance Church in Oshkosh, WI (also known as Cross & Crown), she held several leadership positions such as Alliance Women’s President, Sunday School Teacher, Worship Leader and so many other supportive roles. She was committed to her faith and completed the Theological Education Extension church leadership training offered by the Hmong District of the Christian & Missionary Alliance. She also served as a leader for the national youth (HLUB) and young adult (SALT) conferences with the Hmong District of the Christian & Missionary Alliance.

See loved exploring new things in her life. She loved the outdoors. She enjoyed hiking the trails of local, state, and national parks as well as traveling to pristine beaches in the United States, Mexico, and the Dominican Republic. See developed a love for running over the past several years. This eventually led her to finishing her first full marathon, the Communities First Fox Cities Marathon, just this past September in 2021.

See was a charismatic and compassionate individual who graciously gave her time, effort, and energy to help others. She is loved by many, and her infectious laugh, radiant smile, and positive spirit will be greatly missed by all.

Monetary gifts to support her family at this time can be directed to Isaac Xiong via paypal at Isaac.Xiong@yahoo.com

To order memorial trees or send flowers to the family in memory of See Yang Song, please visit our flower store.