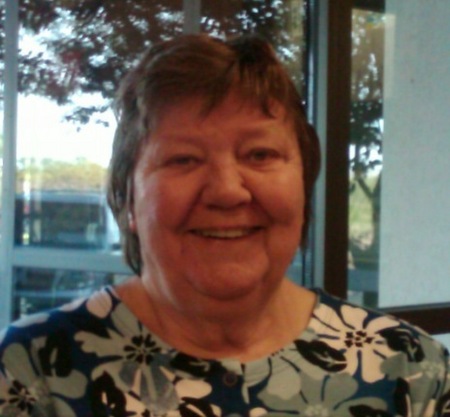 Ruth Patricia Marheine, age 78, of Kimberly, passed away peacefully surrounded by family on Wednesday, June 12, 2013 at her home. Ruth was born on May 20, 1935, daughter of the late Walter and Marie Filback. She graduated from Felch High School in 1953. On July 3, 1954 Ruth married the love of her life James Marheine. She worked for the Kimberly School District for 28 years.

Ruth enjoyed many things; knitting, gardening, flowers, and playing Yahtzee. Everyone was a new friend to Ruth. Above all, she loved spending time with her grandchildren, great grandchildren and family.

She was preceded in death by her parents; parents-in-law Florence and Walter Marheine; her brother, John Filback; in-laws, Larry (Helen) Marheine, Rich Cholipski and Mitch Burgess; and her niece, Susan Goodlander.

A time of visitation for Ruth will be held from 3:00 p.m. until a time of sharing at 6:00 p.m. on Monday, June 17, 2013 at the JANSEN FARGO FUNERAL HOME (204 E. Kimberly Ave, Kimberly). Online condolences may be expressed at www.wichmannfargo.com.

Ruth's family would like to thank Dr. Tom Lewandowski, Dr. Joyce Bauer and Kathy from Thedacare at Home.

To order memorial trees or send flowers to the family in memory of Ruth Marheine, please visit our flower store.