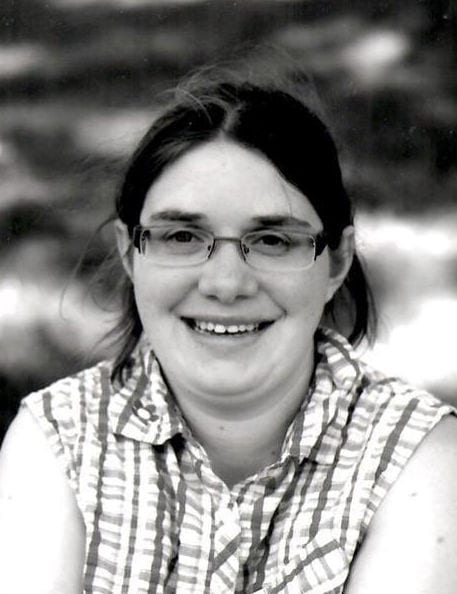 Ruth Eagles, age 36 of Appleton, passed away on February 28, 2020, at UW Health in Madison, following a longtime struggle with health issues due to having childhood cancer, Wilms Tumor Stage 4, as a young child.  She had reached the thirty-two-year mark of survivorship.  Ruth was born December 11, 1983, to Joseph and Kristie Eagles in Holbrook, Arizona.

Ruth had a strong faith her entire life.  Even at the age of three, when going for surgery she told her mom, “I know I’ll be with Jesus.”  This faith carried her through life long health difficulties even as death was nearing.  She was never afraid.  She knew heaven awaited her.

Ruth graduated from Appleton North High School in 2002.  She knew she wanted to be in childcare and started to work at Little Angels Child Care on work release from high school in her junior and senior years.  She worked there for 13 years and had an impact on many children and their families, until her health forced her to change her career. She then found work at Alta Resources as a customer service representative.  She enjoyed being able to help people and solve problems and issues for them.  She was much admired and loved by all her co-workers in both of her careers.
Ruth was a lifelong animal lover and owned two dogs and numerous cats over the course of her life. She even owned a couple of guinea pigs.  She was s supporter of numerous animal rescues and had a great interest in wildlife as well.

Ruth was a founding member of the Seabees Leadership Program, part of the One Step Camp.  She was a member of camp for twenty-three years.  Her friends at camp became her second family.  At camp she had the ability to be involved in activities that her health would not permit anywhere else.  She also made lifelong friends at camp who had a large impact on her life. Many of her closest friends are Donna, Kory, BK, Ryan, Jill, Mark, Jake, Carly, Danielle, Kris, Elisha, Luke, Mitch, Matt, Jared, Karyn, Bryan, Bob, Chris, and many, many others.

She is survived by her family – her parents: Joseph and Kristie Eagles; her twin sister: Rachel Eagles; a younger sister; Tamara Eagles, and Rachel’s children: Kay-Leah and Samuel, as well as her many aunts, uncles and cousins.  Those that will also miss her include her fur babies: Smokey Diva, Magic, Sunflower, and Sweet Pea.

A memorial service for Ruth will be held at 11:00 AM on Saturday, March 7, 2020, at Faith Lutheran Church in Appleton.  Family and friends are invited to gather at the church on Saturday morning from 9:00 AM until the hour of the service.  Please don’t wear dark colors.  Rather, wear something that would remind you of Ruth, perhaps bright colors, Disney themes, or animal prints.  Ruth would have appreciated that.

In lieu of flowers, donations are requested for the Go Fund Me Site which has been established in her name.

Ruth’s family would like to thank the medical personnel that helped Ruth throughout her journey.  Special thanks to Dr. Aristigueta, Dr. Michelle Schacht, Dr. Sidhu, Dr. Pham and the Heart Failure Clinic in Madison.  Your support provided Ruth’s family additional time to be with her, and extra time to live her life on her terms to the best of her ability.

Ruth’s final act of love was to donate her organs to help others dealing with medical difficulties and give them more time with the ones they love.

To order memorial trees or send flowers to the family in memory of Ruth E. Eagles, please visit our flower store.