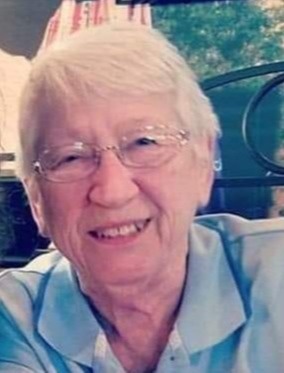 Ruth Ann Martha Gersmehl (Engelbrecht), born on August 21, 1942, passed away on July 18, 2022, surrounded by her family. She was born in Manitowoc, the daughter of Eugene and Margaret Engelbrecht. She met her husband, Roger, in high school and they moved to Appleton when Roger began working at Rich’s Bakery. She worked at Kaukauna Hospital as a Nurses Aid in the OB Department. After retiring, she started a new adventure doing in home daycare and loved every minute of it and all the children she took care of over 30+ years. They all became family to her and all of us.

Funeral Services will be held at Wichmann Tri-County Chapel on Monday, July 25, 2022. Visitation will be from 2:30-4:00 PM with a Memorial Service to follow.

Ruth’s family would like to extend a heartfelt thank you to the staff of ThedaCare at Home Hospice for their exceptional compassion and care.

To order memorial trees or send flowers to the family in memory of Ruth Ann M. Gersmehl, please visit our flower store.