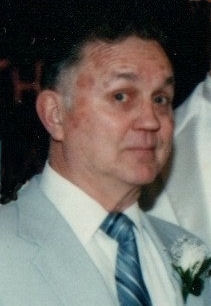 Ross served in the U. S. Army for one year and then reenlisted in the Air Force during the Korean Conflict. Ross was a member of the Little Chute American Legion Post 258 for 65 years. He also retired from Neenah Paper after many years of employment. Ross enjoyed riding his bicycle to outdoor concerts, attending Summerfest, State Fair, and the EAA.

The funeral liturgy for Ross will be held at 11:00 AM on Saturday, March 16. 2019 at St. Joseph Catholic Church, 410 W. Lawrence Street in Appleton, with Fr. Jim Leary, O.F.M. Cap officiating. The family will receive relatives and friends at the church from 9:00 AM until the time of services. Memorials to St. Joseph Catholic Church in Ross’s name are appreciated. Private inurnment at St. Joseph’s Cemetery.

To order memorial trees or send flowers to the family in memory of Ross M. Verstegen, please visit our flower store.