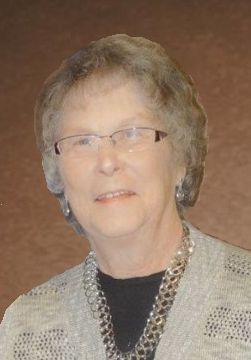 Rosemarie A. (Miller) Bastian, 83, Appleton, died on Tuesday, April 6, 2021. She was born on October 9, 1937, to the late Arnold and Irene (Zemblowkski) Miller in Appleton. Rosemarie graduated from St. Mary Catholic High School, Menasha. Rosemarie was united in marriage to Kenneth Bastian on August 17, 1957, at St. Joseph Catholic Church, Appleton. She worked at Eyemart until she was well into her 70’s. Rosemarie took joy in spending time at the Bastell Vineyard and shared her love of desserts with the volunteers during harvest season. She enjoyed her swing at Upper Post Lake, tending the fire and her time at the cottage in Crandon. Rosemarie was an active person who liked to fish for perch, go bowling, quilting, riding on 4-wheelers and spending time with her family.

Rosemarie was preceded in death by her husband, son Mark Bastian, brothers Robert and Jerry.

A Funeral Service will be held at 12:00 PM on Monday, April 12, 2021, at the Wichmann Funeral Home, 1592 Oneida St., Appleton. Visitation will be held from 10:30 AM until the hour of service. Burial will take place in St. Joseph Cemetery, Appleton.

To order memorial trees or send flowers to the family in memory of Rosemarie A. Bastian, please visit our flower store.