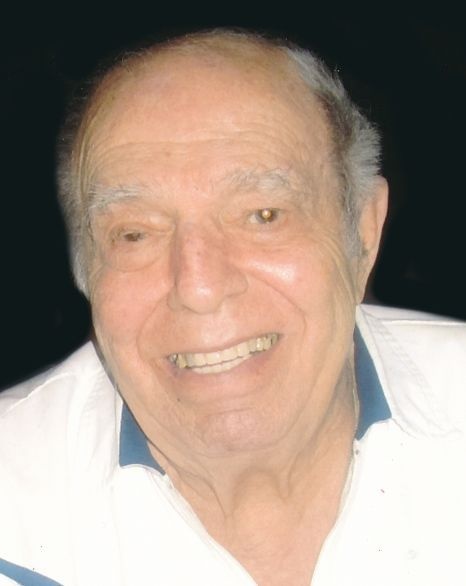 Ronald R. Corradino, age 84, of Appleton, passed away at Asprirus Hospital in Wausau on Wednesday, October 22, 2014, following a brief illness. Ron was born on August 6, 1930, in the Bronx, New York, to the late Angelo and Josephine (Moffa) Corradino. He was actively engaged in the bowling and hospitality industry for over 40 years. Ron was well-known as the manager of the Super Bowl in Appleton from 1993 to his retirement in 2012. Bowling was Ron's passion. He achieved five 300 games during his amateur and professional bowling career. Even after Ron lost his sight, he continued to enjoy bowling.

Survivors include his sons, Ronald Anthony Corradino, Angelo Lewis Corradino and Donna Marie Corradino; his brother Angelo Corradino; and his nieces and nephews, Angelo, Christopher, Mary Catherine and Elizabeth Corradino, all of New York. He is further survived by his best friends, Louis and Betty Mauthe, Appleton.

The Funeral Liturgy will be at 11:00 a.m. on Friday, October 31, 2014, at ST. THOMAS MORE CATHOLIC CHURCH, 1810 N. McDonald Street, Appleton, with Fr. Gerald Falk officiating. Friends may call directly at the church on Friday from 10:00 a.m. until the time of services. A memorial has been established in his name. The family would like to extend a sincere thank you to Steve and Karen Boldt; Justin Stuck; Beverly Hoffman; and Louis and Betty Mauthe, for their loving care. Online condolences may be offered at www.wichmannfargo.com

To order memorial trees or send flowers to the family in memory of Ronald R. Corradino, please visit our flower store.