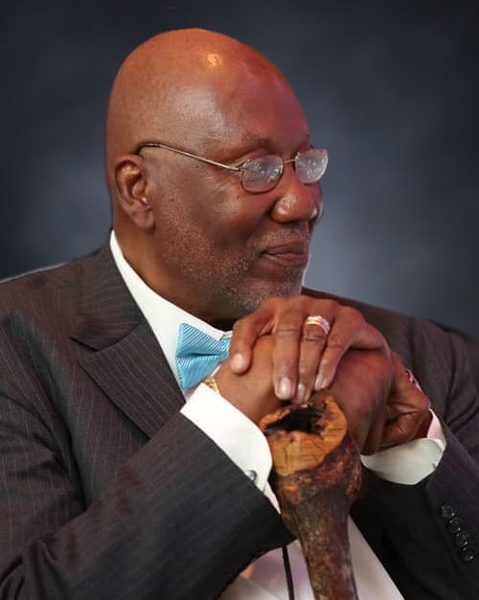 Ron Dunlap, age 72 of Appleton, passed away on Monday, October 28, 2019 following a brief illness. Ron was born in Chicago on December 2, 1946, son of the late Curtis and Azalea (Wade) Dunlap. He attended Farragut Academy, went on to play for the University of Illinois for one year. In 1967, Ronald was initiated into the Theda Chapter of Alpha Phi Alpha Fraternity, Incorporated. Along with some of his fraternity brothers, he helped to charter the Mu Mu Lambda Alumnae Chapter of the Fraternity in 1976, located in Glen Ellyn, Illinois. Ron also then attended the University of Illinois at Urbana-Champaign and was drafted by the Chicago Bulls in 1968. He later played for the Rockford Royals and went on to become the first African American basketball player in Israel. Ron furthered his education with post-graduate course work at Viterbo University, Roosevelt University, and Northeastern Illinois University, culminating with his Master of Art degree from Roosevelt University in 1978.

His professional life was devoted to education for thirty-six years educating young people from k-8 to post- secondary levels. The first eleven years of his career, he taught intermediate mathematics, social studies and junior high-level sciences. For the next twenty-three years he served as school principal in both Illinois and Wisconsin, with the last sixteen years being here in Appleton. During those years he also served as adjunct professor at Triton Community College in River Grove, Illinois and Viterbo University in LaCrosse. When Dunlap became principal of Lincoln Elementary School, he was among only a few black school administrators in northeastern Wisconsin. Over the 16 years Dunlap was principal, he was known as the “Gentle Giant” — for his 6-foot-8 stature and the wisdom and kindness he brought to the role.

While in Appleton he was active in countless community activities, including Coordinator of Minority Services, board of director positions with Appleton Public Library, Wisconsin ASCD, Goodwill Industries, the YMCA, and Wisconsin PTA. Other community involvement and accolades include the Unity in Diversity Award, Outstanding Community Leadership Award by the Rotary Club of Appleton, Life Membership in the PTA, Heritage Award for Promoting Leadership and Diversity in the Fox Valley Community, Needy Children’s Committee of the Community Foundation, State Superintendent of School’s Task Force, Appleton Noon Lions Club, and Diversity Advisory Committee at Fox Valley Technical College.

Ron continued his community advocacy through his involvement in African Heritage, Inc. He also served on an advisory committee that worked with the city of Appleton's diversity coordinator when it was first created as a position within the police department.

In 1980, Ron married Yvette Thompson in Illinois, and the couple relocated to Appleton in 1990. He is survived by his wife: Yvette Dunlap of Appleton; two daughters: Patricia Dunlap of Illinois and her sons Bryan II, Brenden, and Bryce; and Taylor (Tom Boerschinger) Dunlap of Greenville and her son Triston. Ron also leaves behind two sisters: Bettye Jean West of Louisiana and Patricia (Allen) Jones of Illinois; as well as a brother: John (Phyllis) Franklin of Louisiana.

A memorial service to honor Ron’s life and contributions to his community will be held at 11:00 AM on Saturday, November 2, 2019, at First Congregational United Church of Christ, located at 724 East South River Street in Appleton, with Rev. Dr. Stephen Savides officiating. The family will greet family and friends in the church fellowship hall following the services.

In lieu of flowers, the family has suggested that memorials be directed to Appleton Education Foundation, Wisconsin Public Radio, or the Appleton Noon Lions Club.

Yvette and her family would like to extend their sincere gratitude to everyone at St. Elizabeth Hospital in Appleton, especially the staff on the 3rd Floor and the Oncology Department. We will always remember your kindness, care, and compassion.

To order memorial trees or send flowers to the family in memory of Ronald C. Dunlap, please visit our flower store.