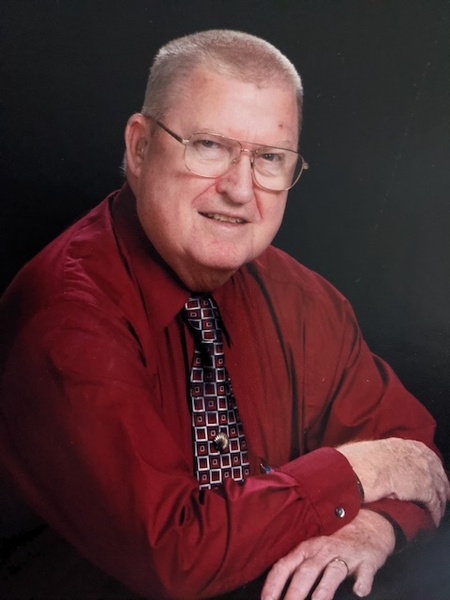 Roger W. Miller of Neenah passed away peacefully surrounded by his family on July 10, 2021. Roger was born on September 30, 1935 in Neenah to Albert and Linda (Eake) Miller.

Roger graduated from Shattuck High School in 1954. Upon graduation, he entered the Navy and served during the Korean war. Upon completing his service in 1959, he married the love of his life, Nancy J. Crooks on September 7, 1960. Together they enjoyed 60 wonderful years and had 3 children, Pam (Robert) Weiss, Greendale WI, David Miller, Green Bay WI and Polly Ebben, Neenah WI.

Roger was a deeply religious man who was a devoted husband and father, grandfather and great grandfather, son, uncle and friend. In his free time he loved to read the newspaper, history books and articles, car magazines and the Bible.  Sports of all kinds were on Roger’s radar and he loved to watch the Packers on TV with remote in hand!  Family camping trips, getaways at a cottage in Shawano, and in later years, 11 winters spent in Gulf Shores, AL were special times for Roger & Nancy. He was employed at Sonoco/US Mills for 39 years as a tow motor driver.

Preceding Roger in death are his parents, parents in law Vincent & Dorothy Crooks, and brothers Charles, Albert and David Miller.

In lieu of flowers, the family asks that you consider making a donation to Peace Lutheran Church, Neenah WI in Roger’s name.

Roger, we were blessed with a wonderful life together. Until we meet again. -Nancy

Packer games won’t be the same without you!  -Pam, Dave and Polly

The family would like to say a special thank you to Dr Juntunen, the VA, Ascension At Home, Thedacare At Home Hospice, and the Visiting Nurses Association especially Amy, Roberta and Diane respectively. There are so many others who offered help, comfort and prayers during this time; while not named, we are SO grateful to all of you.

To order memorial trees or send flowers to the family in memory of Roger William Miller, please visit our flower store.