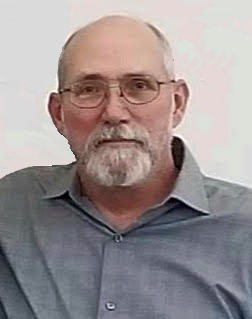 Roger Jansen, age 58 of Kaukauna, passed away at his home on Tuesday, July 14, 2020, after a courageous battle with cancer. Roger was born in Appleton on November 28, 1961, son of the late Sylvester and Ila Mae (Burt) Jansen. He attended Kimberly High School, and in September of 1991 married Kris Timmers. They were blessed with three children.

Over the years, Roger worked at the Kimberly mill for twenty-seven years, as a machine operator at Luvata for eight years, and owned and operated Ledgetop Lawn and Tree Care for ten years.

Those who knew Roger will remember him as a detailed guy who taught without speaking. He was introspective, selfless, and had a very dry wit. Roger was emotionally intelligent, was a jack of all trades, was a lifelong learner, and had respect for everyone and the world in which we live.

He also had another side: he was the world’s best ski boat captain and leader of the “Rope Dopes”. He enjoyed hunting and trout fishing, camping, gardening, making friends with strangers, and was an expert griller.

He was preceded in death by his parents, a brother Mike Jansen, and his father-in-law: William J. Timmers.

At Roger’s request, no services will be held, however the family thanks you for your thoughts and prayers during this difficult time.

“In the next life, I will build less and teach more.”

To order memorial trees or send flowers to the family in memory of Roger T. Jansen, please visit our flower store.