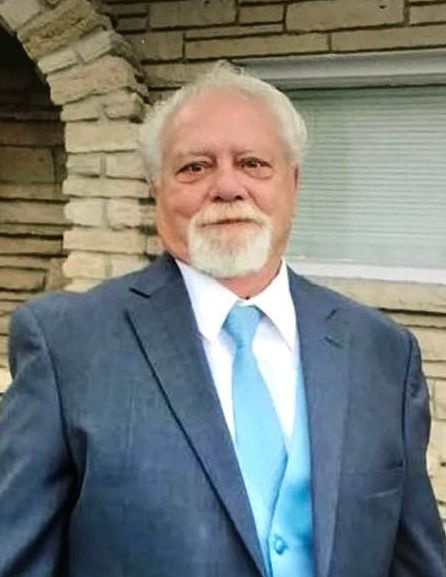 Roger Oney, age 78, died peacefully Monday February 14, 2022 at Theda Care Medical Center in Neenah. He was born in Gallagher, WV on April 5, 1943; the son of the late Rex and (Donnie Dora Lanham) Oney. His childhood was spent near Mann, WV where he attended school. As a young man he made his way to Wisconsin where shortly after he started his career at Tecumseh Products in New Holstein, for the next 40 plus years. In 2016, he moved to Neenah and married his wife Debbie in 2017. He enjoyed his life with Debbie as they spent many evenings on their patio while feeding many of their neighborhood furry “so called wild” pets. He was very proud and willing to show off of his 1:18 scale classic metal car collection and devote many hours to his lawn while always finding time to help the neighbors when possible.  He was known for his sense of humor and was always willing to show it off and if you weren’t careful, he would catch you in one of his shenanigans. Roger loved going shopping and visit local restaurants, getting to know the local people, making new friends, and of course the deserts.

He was preceded in death by his parents, his wives: Thane and Rochelle, and brother Orville Oney.

Funeral service will be at 6:00 pm, on Thursday, February 17, 2022, at the Wichmann Funeral Home, Laemmrich Chapel, 312 Milwaukee St., Menasha. Visitation will be on Thursday at the funeral chapel from 4:00 pm until the time of the service. In lieu of flowers, donations can be sent to Eastshore Humane Association, 1100 S Park St, Chilton, WI 53014.

Roger’s family would like to extend a heartfelt thank you to the staff of ThedaCare at Home and Hospice for their care, compassion and support.

Roger, your outgoing, kind, and selfless nature will be forever missed!

To order memorial trees or send flowers to the family in memory of Roger Gene Oney, please visit our flower store.