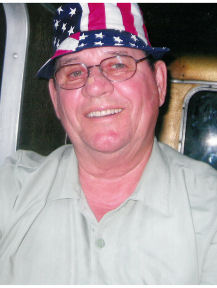 Rod De Ford, 79, of Appleton, passed away peacefully at home on Friday, December 1, 2017, with his wife by his side. He was born on June 19, 1938, in Tomah, the son of Darcy and Arlene (Williams) De Ford. Rodney entered the U.S. Army in 1954, and was married to Mary Lyn Meyer in 1956. He completed 3 tours in Vietnam in 1965, 1966, and 1967. He was a member of the Charlie Battery #121st Field Artillery Battalion, the 101st Airborne Special Forces, and the Wisconsin National Guard. Rodney was honorably discharged after 14 years of service, after obtaining the rank of Master Sargent. He was united in marriage to Kathy Schreiter on July 2, 1970, in Appleton. Rod was employed with Lavata, Appleton, as a wire drawer for over 20 years. He enjoyed puzzles, reading, and traveling, and was a member of the Harry Pierre VFW, Appleton, and St. Thomas More Catholic Parish, Appleton.

His greatest accomplishments include: his 5 children, 12 grandchildren, 7 great grandchildren, 1 great great grandchild, his military career, and his wife- the love of his life! He will be remembered most for his love of God, family, and country; as well as being very loyal, hardworking, a good person, and having a great sense of humor.

Funeral Mass for Rod will be held at 11:00 a.m., Saturday, December 9, 2017, at ST. THOMAS MORE CATHOLIC CHURCH, 1810 N. MCDONALD ST., APPLETON, with Fr. Gerald Falk officiating. Interment will be in Riverside Cemetery, Appleton. Visitation will be from 4:00 to 7:00 pm, on Friday at the WICHMANN FUNERAL HOME, 537 N. SUPERIOR ST., APPLETON, and again on Saturday at the CHURCH from 9:00 to 10:45 am. In Lieu of flowers, memorial contributions are appreciated to the American Cancer Society.

Rodney’s family would like to extend a heartfelt thank you to Dr. Yao and the staff at Fox Valley Hematology & Oncology, as well as to everyone at ThedaCare at Home Hospice for their wonderful care and compassion.

“I couldn’t have asked for a better family and friends!”

To order memorial trees or send flowers to the family in memory of Rodney R. "Rod" De Ford, please visit our flower store.