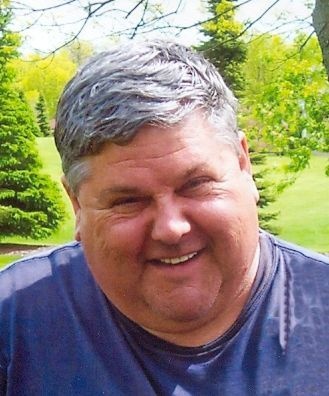 Rodney Francis Hietpas, age 64, of Kaukauna passed away on Saturday, July 2, 2016 at St. Elizabeth Hospital. Rodney was born on August 15, 1951, in Appleton, son of the late William and Yvonne (Verstegen) Hietpas. He graduated from Little Chute High School in 1970 and went on to work for Appleton Coated Locks Mill for 41 years. On February 5, 1972, Rodney married the love of his life, Nancy Diedrich. They would share 44 wonderful years of marriage and raise two daughters together.

Rodney enjoyed fishing at Pelican Lake with his good friends Guy, Cindy and Muff. He also loved working the land for Jeff, going out to breakfast with Gary, and talking about new projects with Pete out in the shop. He had a passion for welding, pouring concrete and building anything from bridges to sheds. Mowing the lawn with his John Deere was something Rod also loved to do. Above all, he cherished the time he spent with his family and friends.

The Funeral Liturgy for Rod will be held at 12:15 PM on Saturday, July 9, 2016, at HOLY CROSS CATHOLIC CHURCH, 309 Desnoyer St. Kaukauna, with Father Tom Pomeroy officiating. A time of visitation will be held from 9:00 AM until the time of Mass. Online condolences may be expressed at www.wichmannfargo.com. In lieu of flowers, a memorial has been established in Rod's name.

Rodney's family would like to thank the ICU nursing staff and doctors at St. Elizabeth Hospital for all of their kindness and support.

Any man can be a father, but it takes a special person to be a dad and a very special man to be a “Papa”. Love, Penny and Katie

Rod, you were a great husband and hardworking man. I always knew you would fix something that was broken and it would be bigger and better. Love you! Nanc

To order memorial trees or send flowers to the family in memory of Rodney F. Hietpas, please visit our flower store.