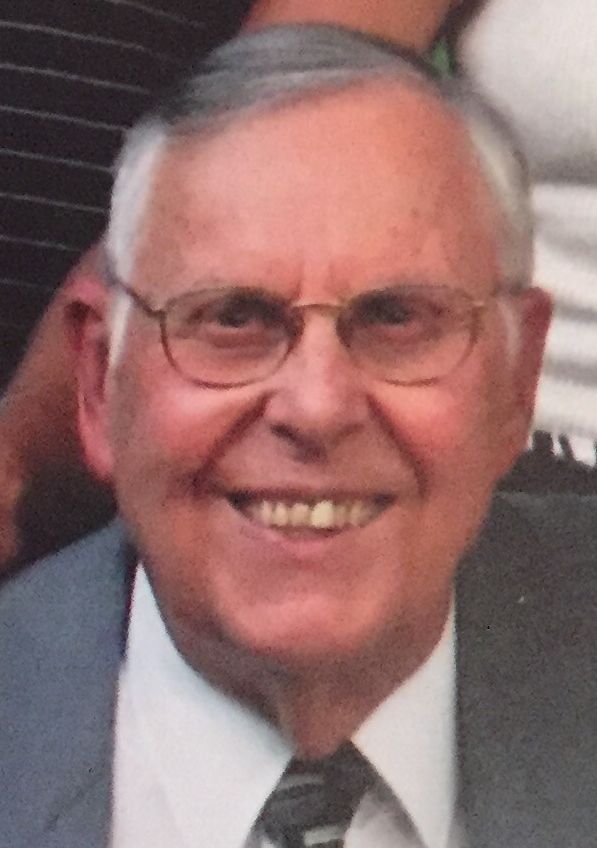 Robert William Otis, age 92, passed away peacefully surrounded by family on January 9, 2022. He was born December 26, 1929 in Two Rivers, WI to George and Adele Otis.  He moved to Appleton before his junior year of high school. It was while attending Appleton High School where he met Myrtle, the love of his life. Bob and Myrtle were married August 19, 1950 and they were fortunate enough to spend 70 years together. Bob was a devoted husband and supportive loving father, who never missed a chance to tell his family how much he loved them.

Bob enlisted in the U. S. Army after high school and proudly served his country for two years. Bob spent the first year of marriage living at West Point where he was stationed. Bob and Myrtle lived their remaining years in Appleton after Bob accepted a position with the Appleton Fire Department. He retired on January 6, 1986, after 35 years of service to the City. Bob began at the lowest level and throughout the years advanced serving as driver, inspector, lieutenant, captain, assistant chief, deputy chief and at the time of his retirement he was the acting chief.

Bob’s favorite memories centered around the outdoors and sports. He loved attending his grandchildren’s sporting events and was an avid Packers, Milwaukee Braves/Brewer’s and Ripon Red Hawk fan.  He loved his travels to Florida and Hawaii with Myrtle after retirement. His most fond memories include camping with friends and family at Anvil Lake and Indian Shores on Lake Tomahawk.

Bob is preceded in death by loving wife of 70 years, Myrtle, his parents, brothers Bud and John, and son-in-law Fred Wurzer.

Despite declining health the past two years, Bob was able to spend his final years in his home. The family would like to thank his hospice team and his caregivers Amber, Millie, Nikki, Sue, Craig, and Caitie for their companionship and loving care. The family also wishes to thank doctors Omar Attasi and Stephen Dernlan and nurse Tracy for treatments that extended his life for years.

Funeral Services for Bob will be held on Friday, January 14, 2022, at Our Saviour’s Lutheran Church, where Bob was a faithful member for 55 years, 3009 N. Meade St. at 11:00 AM with Pastor Kurt Hoffman officiating. Visitation will be held at the church from 9:00 AM until the time of services. Military Honors and Appleton Fire Department Honors at church following the funeral services. Entombment at Highland Memorial Park.

In lieu of flowers, a memorial fund has been established in Bob’s name. For those attending the funeral services for Bob, the family asks that you kindly wear a mask.

To order memorial trees or send flowers to the family in memory of Robert William Otis, please visit our flower store.