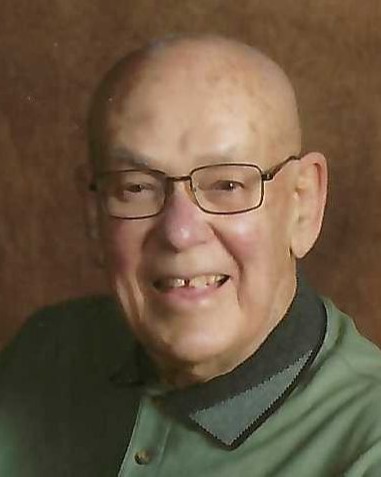 Robert “Bob” Polakowski, age 97, passed away surrounded by family on December 6, 2022. He was born in Redgranite on March 3, 1925 to the late Gustave and Cora (Bruett) Polakowski. Bob graduated high school in 1942. He enlisted in the United States Marine Corps in 1943 and served in World War II, the Reserves, and the Korean War. Bob was employed at Riverside Paper where he met his future wife, Lena Hakkert. On August 31, 1950, Bob and Lena married. Together they raised six children. Bob retired as Customer Service Manager after 40 years at Riverside.

Bob's service in the Marine Corps laid down a foundation for his participation in several organizations throughout his life. He had lifetime memberships to The American Legion Post 60, Kaukauna VFW Post 3319, Knights of Columbus Council 4489, and the Marine Corps Association. He was dedicated to organizing Marine Corps reunions for his VMB613 squadron that took place every other year from 1987 to 2011. He remained in close contact with surviving members of his squadron thereafter. Bob was active in sports, especially in his younger years. He was a fan of the Brewers and the Packers and enjoyed golfing until he was 94 years old. Bob and Lena were longtime and faithful members of Holy Spirit Parish. Bob was active in COR weekend retreats, the Cursillo movement, and weekly bible study. He also loved being a prayer partner and Eucharistic Minister. At age 93, Bob volunteered weekly, reading for first and second graders at Westside Elementary.

A visitation from 9 to the time of service will be held for Bob at Holy Spirit Perish, 600 E Kimberly Ave, Kimberly WI on May 13 2023 with service at 11 and military honors directly to follow.

In lieu of flowers, Bob’s family has a memorial fund designated for the Monarch Grief Center in Ohio, a memorial brick at Veterans Memorial Park Ring of Honor in Kaukauna, and a memorial park bench.

For more information or to share a memory with the family, please visit www.wichmannfuneralhomes.com.

To order memorial trees or send flowers to the family in memory of Robert E. Polakowski, please visit our flower store.