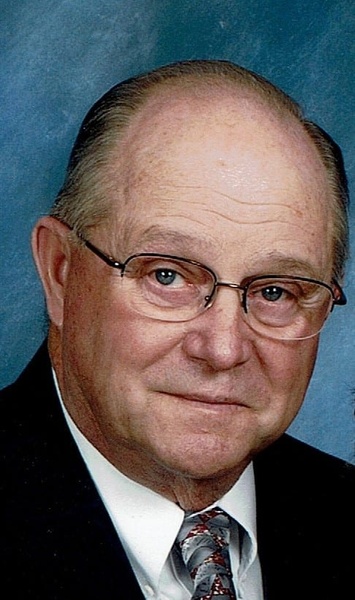 Robert “Bob” Peter Watry, 87, went home to be with his Lord and Savior on Friday, July 31, 2020, after fighting a long battle with kidney disease. Bob was born on January 8, 1933, to Michael and Anna (Schmidt) Watry in Belgium, Wisconsin. The family moved to Cecil where Bob worked on the family farm. He graduated from Bonduel High School in 1951. Bob was drafted into the US Army in January of 1953 and served during the Korean War until his honorable discharge in 1954.

Bob was united in marriage to Audrey May Knaack on January 26, 1957, in Shawano. They lived in Cecil where they began their family, moving to Appleton in 1967. He worked for Asplundh Expert Tree Company for 43 years. Bob took great pride in his work and all the neighborhood kids loved it when he brought the “bucket truck” home to perform maintenance. He was an avid hunter and fisherman with skills he taught his boys. Bob coached Babe Ruth and enjoyed going to the stock car races his entire life. He was a family man and loved spending time with them. Bob was a kind man with a heart of gold and loved by all.

After retiring he worked part-time for Kramer Ridge/Auto Parts Express for many years. Bob belonged to the American Legion for approximately 40 years.  He was a member of Faith Lutheran Church since early 1970.

Bob was preceded in death by his parents, siblings Michael and Joyce, and brother-in-law Norman Soukup.

Bob’s family would like to thank the nurses and doctors of Fresenius Kidney Care as well as Heartland Hospice and Kathy DeWilde for their care and kindness through his painful journey.

Funeral Service for Bob will be held at 1:00 PM on Thursday, August 6, 2020, at Faith Lutheran Church, 601 E Glendale Ave., Appleton. In light of the current social distancing practices there will not be an hour of visitation. Family and friends are invited to attend the funeral service at 1:00 PM. Burial will take place in Riverside Cemetery, Appleton.

“Those we love don’t go away; they walk beside us every day.  Unseen, unheard but always near, still loved, still missed, and held so dear.” Until we meet again…

To order memorial trees or send flowers to the family in memory of Robert P. "Bob" Watry, please visit our flower store.